Congolese soldier killed in Rwanda, fighting with rebels picks up 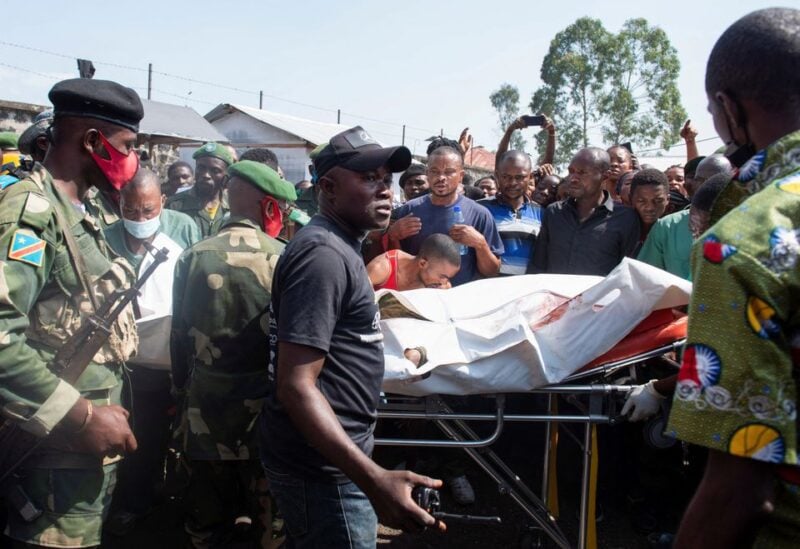 Rwandan police shot and killed a Congolese soldier who crossed the border and fired at security personnel on Friday, according to Rwanda’s army, while violence raged 50 kilometers (30 miles) away between Congo’s military and rebels it claims are backed by Rwanda.

Since the M23 rebels started a major onslaught in eastern Democratic Republic of Congo last month, the Central African neighbors have been embroiled in a diplomatic crisis.

Rwanda denies supporting the insurgents, whose leadership is from the same Tutsi ethnic group as Rwandan President Paul Kagame, or sending soldiers into eastern Congo.

As fighting picked up again between the rebels and Congo’s army on Friday, M23 fighters shot down a Congolese military helicopter, according to M23 spokesman Willy Ngoma and a Congolese army source.

The incident at the border took place earlier on Friday when a Congolese soldier crossed into Rwanda from the Congolese city of Goma and fired an AK-47 rifle at Rwandan security personnel and civilians, the Rwanda Defence Force (RDF) said.

Two Rwandan police officers were injured before an officer on duty fired back at the soldier, who was killed 25 metres inside Rwanda, an RDF statement said.

Congo’s government said it was monitoring the situation but did not provide details about the incident. It ordered the border with Rwanda closed each day at 3 p.m. from Friday on, several hours earlier than usual.