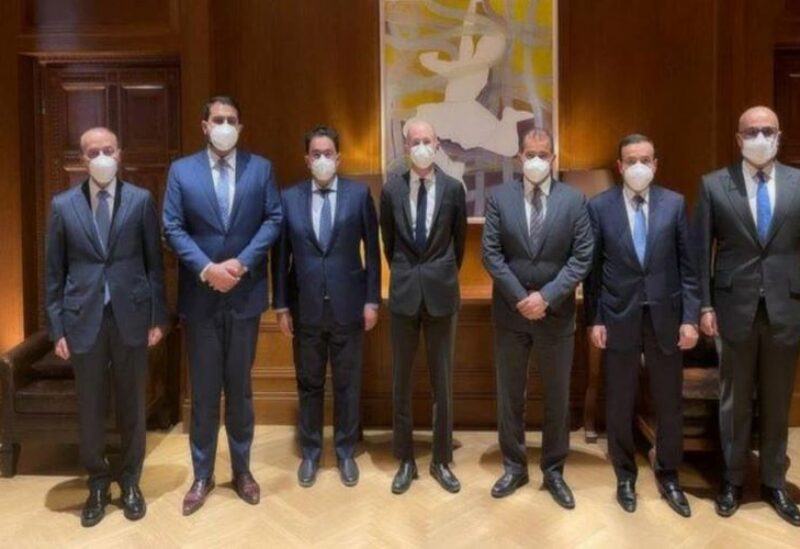 GCC ambassadors and the permanent representatives to international organizations in Vienna

Gulf nations’ participation in the Vienna discussions to resurrect the failed 2015 Iran nuclear agreement has recently expanded dramatically, as GCC officials meet with their US and Western counterparts, while direct negotiations between Tehran and global powers continue.

According to Saudi Arabia’s Permanent Representative to International Organizations in Vienna, Prince Abdullah bin Khaled, GCC representatives in Vienna met with US special envoy to Iran Robert Malley on Wednesday to discuss Iran’s nuclear deal and its harmful operations in the area.

“[During the meeting], Mr. Malley discussed the current developments of the Vienna Talks, and we underscored security concerns about Iran’s nuclear program and Iran’s activities in the area to destabilize stability through its backing for terrorist militias,” the Prince tweeted.

This declaration is the latest in a series of increased collaboration between the US and the Gulf in the Vienna discussions to resurrect the 2015 Iran nuclear deal. The GCC has always felt that nuclear discussions must involve them since they directly affect the region.

The meeting between Gulf officials and Malley comes only a few days after a US official met with Prince Abdullah to inform him on the latest developments in the Vienna discussions.

Gulf nations have long stated that Iran must halt its harmful actions in the area by giving financial and military assistance to its network of proxy militias throughout the Middle East, including Yemen, Iraq, Lebanon, and Syria.

Saudi King Salman bin Abdulaziz recently listed Iran’s offenses as “the formation and support of sectarian and armed militias, the systematic deployment of its military capabilities in regional countries, and its failure to cooperate with the international community regarding its nuclear program and ballistic missile development.”

Russia
Nonetheless, contradictory signals emerged from Vienna on Wednesday as Western capitals and Iranian officials continued their attempts to secure a nuclear agreement, which has been a priority for US President Joe Biden since taking office.

Russia’s de-facto spokesperson at the talks stated that he believed the talks were progressing.

Rob Malley, the US special envoy for Iran, met with a wide spectrum of authorities, including Gulf diplomats, to keep them up to date on the latest developments.

“I met with Mr. Robert Malley, the United States’ Special Envoy to Iran.” As usual, we had a fruitful conversation about the remaining most challenging problems to be resolved during the #ViennaTalks. “The impression is that the talks are progressing,” Russia’s envoy to Vienna, Mikhail Ulyanov, tweeted.

When asked by Al Arabiya English if he was more or less hopeful about a favorable conclusion than he was at the outset of the new round of discussions, Ulyanov indicated there was cause to be optimistic.

“At the start of this round, I was pretty hopeful. Now I’m even more upbeat. My experience has taught me that challenges are unavoidable during such complex conversations. That is why I regard them more intellectually than the bulk of others,” he explained.

When asked if an interim settlement was being proposed as an option, the Russian envoy did not immediately react.