COP15 reaches deal to halt decline in nature by 2030 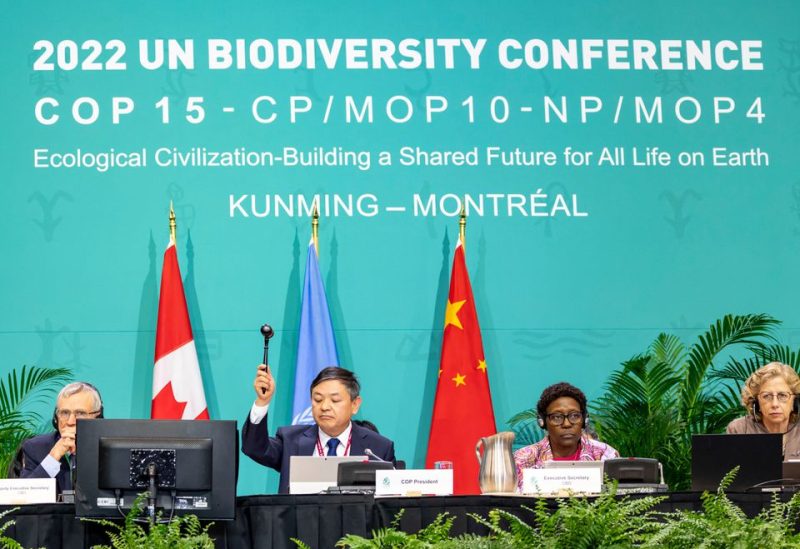 COP15 reaches deal to halt decline in nature by 2030

A historic worldwide agreement to conserve nature and channel billions of dollars toward conservation was adopted by the United Nations on Monday, but important African countries, which are home to significant areas of tropical rainforest, objected, delaying the agreement’s adoption.

The Kunming-Montreal Global Biodiversity Framework is the result of four years of work to create an agreement to direct global conservation efforts through 2030. It reflects the collaborative leadership of China and Canada.

The nations participating in the U.N.-sponsored COP15 biodiversity conference were discussing a text that was put forth on Sunday, and discussions addressing the agreement’s finer points continued until Monday morning.

The 30-by-30 goal, which calls for safeguarding 30% of the world’s land and oceans by the end of the decade, was the deal’s most ambitious objective.

However, disagreements over how to finance conservation efforts in developing nations resulted in protracted negotiations that ultimately failed.

With China holding the COP15 presidency, Minister of Ecology and Environment Huang Runqiu appeared to disregard objections from the delegation of the Democratic Republic of Congo, declaring the deal passed minutes after they said they were not able to support it.

DRC is the second-largest tropical forested country in the world and home to the greatest extent of African tropical rainforest, giving it a crucial role in the future of the planet’s biodiversity.

Huang then acknowledged Mexican remarks supporting the final agreement and declared shortly after 3:30 a.m. (0830 GMT) that the deal was agreed, drawing outrage from other African delegates.

A representative from Cameroon said through a translator that the agreement was passed by force of hand.

A Ugandan representative requested to be on-record that Uganda did not support the procedure.