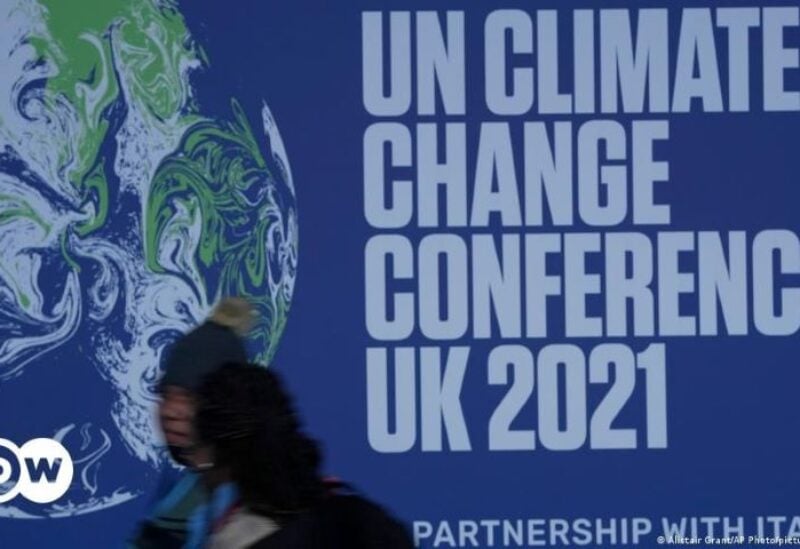 A Cop26 poster in Glasgow, Scotland

Nearly 300 people tested positive for Covid, after the UN climate summit COP26 in Glasgow
A preliminary assessment concluded that 291 positive COVID-19 tests were linked to COP26-related activities.
Speaking to Holyrood, Nicola Sturgeon, First Minister of Scotland, confirmed that there have been no substantial increases in cases.
She said that in order to minimize the risks of Covid transmission, strict measures were put in place. For example, anyone entering the main summit site, known as the Blue Zone, had to show evidence that their lateral flow test result was negative.
Before entering the venue, attendees had to provide evidence of a negative lateral flow test; mask-wearing and a rigorous cleaning regime were also enforced.
Public Health Scotland reported that approximately four out of every 1,000 members of COP26 tested positive for Covid through routine lateral flow testing.
According to the First Minister, this all suggests that mitigation measures were successful.
The findings from Public Health Scotland (PHS) measured the number of people who had attended events related to the climate summit, including workshops and protests outside the Scottish Events Campus in Glasgow.
In the conference centre itself, four out of every 1,000 people tested positive for the virus.
In the week of November 6, approximately 12 out of every 1,000 people in the wider Scottish population tested positive for the disease.
In light of the summit’s closure on Saturday, PHS said it further needs to assess the effect of the summit on case numbers.
The PHS report indicates that 92 people tested negative but were in the venue while potentially infected.
According to the report, one explanation for this is that LFDs are less sensitive than PCR-based tests. This may have led to early asymptomatic infections being missed.
An additional linkage of LFD and PCR may identify individuals who only tested positive by PCR, or, alternatively, those who subsequently tested negative by PCR.
The addition of this analysis will be important in refining final estimates of infection rates among COP26 affiliates.