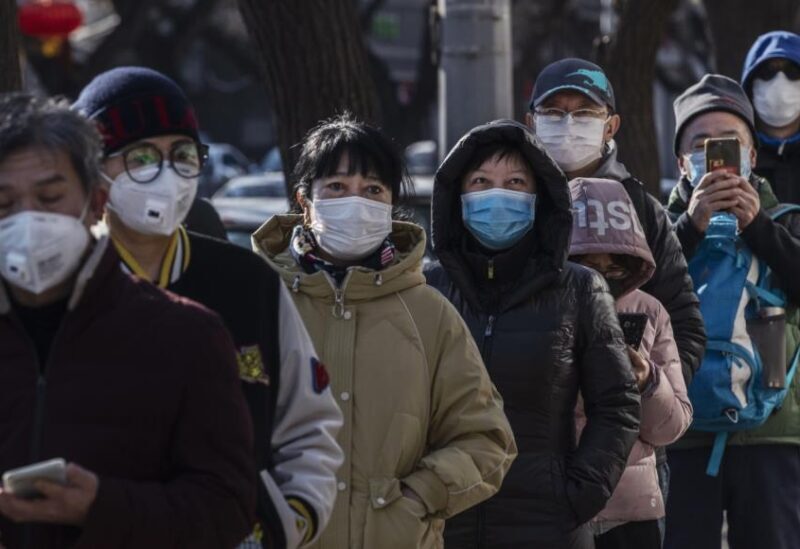 The WHO is due to release its report summarizing the current findings on the origins of the highly-contagious COVID-19 coronavirus virus which has killed over 2,750,000 people around the world and infected and sickened another 125 million.

Robert Redfield, who led the US Centers for Disease Control and Prevention (CDC) during the first year of the Covid-19 pandemic, believes that, based on the findings, the coronavirus “escaped” from a lab in Wuhan, in the Chinese province of Hubei, and began spreading much earlier than previously suspected, in September 2019, he told CNN in a clip televised on Friday.

“Other people don’t believe that. That’s fine. Science will eventually figure it out”, the former top health official under US President Donald Trump noted.

Redfield suggests posited that the virus’s strength and the way it spreads, easily and quickly, are cues of it having being developed in a laboratory. He noted that if it had originated from animals, as the most prominent theory goes, it would have taken a much greater amount of time for it to adapt to new hosts before effectively spreading between humans.

“It takes a while for it to figure out how to become more and more efficient in human-to-human transmission. I just don’t think this makes biological sense”.

When asked whether he believes the lab was going to great lengths to make the virus more efficient, Redfield shared his own lab experience, noting that perfectionism is typical in these matters:

Redfield said he is “not implying any intentionality”, nor is he accusing Beijing of intentionally allowing the virus to escape the lab, which would otherwise be in line with Trump claims of the novel virus being a “China virus” or “Kung Flu”, a sobriquet deemed derogatory and offensive.

Beijing hit back at the time that the first the allegations arrived, declaring that it would never withhold any information, passing it instead on to the international community as soon as government officials verified and approved the data on the newly emerged coronavirus strain.

The roots of the virus remain unidentified officially, a continuing source of contention in the global research community.

Dr. Anthony Fauci, the director of the US National Institute of Allergy and Infectious Diseases (NIAID) and chief medical advisor to US President Joe Biden, previously worked alongside Redfield, and noted on Friday that the ex-official’s opinion is not shared by a majority of the top brass in US health services.

The World Health Organization, which earlier found no evidence that the virus spread before December 2019, is meanwhile expected to release a report on COVID-19 origins this month, informed by an extensive 17-strong scientific team.

All Eyes on Upcoming Report

There are to date four main theories, including that the highly-contagious virus came from a laboratory in Wuhan, but research by scientists indicates that the virus was most likely transferred to humans after spreading and adapting from bats to some intermediary species. It has not been made clear what this middle host is.

The Biden administration has concerns about a lack of transparency and data throughout the preparation of the report, White House Press Secretary Jen Psaki said Friday. She refused, though, to specify whether Biden sticks to a particular view on the likely origins of the virus, adding that the much-awaited report is due soon.

“They actually delayed the release of that report, which we were encouraged by. We’ll have to take a look at it and make sure we have access to the underlying information,” Psaki said, reiterating calls for an international investigation into the ongoing global pandemic.

The novel coronavirus, which prompted WHO to first declare a health emergency and then a pandemic, resulting in a significant percentage of the developed world going into lockdown, has to date caused over 2,750,000 deaths and over 125 million infections, according to data collated by the Johns Hopkins University.