Coronavirus most likely originated from animal, not a laboratory, according to WHO report 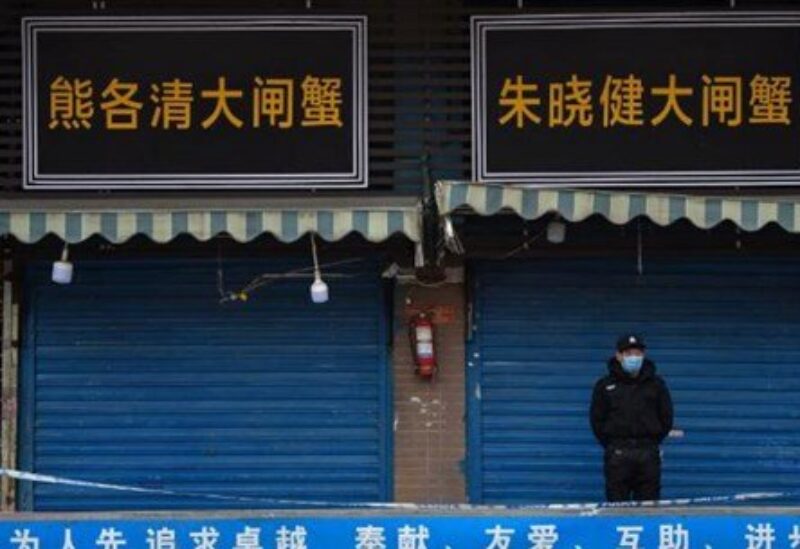 Covid-19 probably came to people through an animal, and likely started spreading no more than a month or two before it was noticed in December of 2019, a World Health Organization draft report finds.

WHO is scheduled to release the final report on its investigation into the origins of coronavirus on Tuesday, but a draft version of the report obtained by CNN shows there’s still no smoking gun and no evidence suggesting the virus was spreading any earlier than the very end of 2019.

The report gives four possible sources for the virus and the most likely scenario is via an intermediate animal host, possibly a wild animal captured and then raised on a farm.

But the investigation has not found what other animal was infected by a bat — considered the most likely original source of the virus — and then may have transmitted it to a human. “The possible intermediate host of SARS-CoV-2 remains elusive,” it reads.

Former US Centers for Disease Control and Prevention Director Dr. Robert Redfield told CNN’s Dr. Sanjay Gupta that his personal opinion was the virus was released from a lab.

Independent researchers have been saying this for months. Genomic testing of the virus indicates it was not engineered in a lab but passed naturally from animals — as did the SARS virus that infected 8,000 people globally in 2002-2004 before it was stopped.

Frozen food is also not a likely source, the report indicates. “There is no conclusive evidence for foodborne transmission of SARS-CoV-2 and the probability of a cold-chain contamination with the virus from a reservoir is very low,” it says.

The role of the Huanan seafood market in Wuhan is also unclear. It’s possible the market was not the original source of the outbreak, but that the crowds that gathered at the market — which was densely packed, with a roof and open sewers — may have amplified the spread of the virus.

Sampling at the market turned up the virus on surfaces but not in samples taken from animals or food sold at the market. Plus, there is evidence the virus was circulating before the Huanan market outbreak — including at other markets.

“No firm conclusion therefore about the role of the Huanan market in the origin of the outbreak, or how the infection was introduced into the market, can currently be drawn,” the report concludes.

The report recommends more testing of blood samples taken and stored before the first outbreak in December, more testing of animals from Southeast Asia, and more in-depth study of mass gatherings that could have aided the spread of the virus.

The report was written by a joint international team made up of 17 Chinese experts plus 17 experts from other countries, WHO, the Global Outbreak Alert and Response Network (GOARN) and the World Organization for Animal Health (OIE). The United Nations Food and Agriculture Organization of the United Nations (FAO) participated as an observer.

“Following initial online meetings, a joint study was conducted over a 28-day period from 14 January to 10 February 2021 in the city of Wuhan, People’s Republic of China,” the report reads.

The team looked for evidence the virus was circulating in China before anyone noticed.

“The epidemiology working group closely examined the possibilities of identifying earlier cases of COVID-19 through studies from surveillance of morbidity (illness) due to respiratory diseases in and around Wuhan in late 2019,” it read.

“It also drew on national sentinel surveillance data; laboratory confirmations of disease; reports of retail pharmacy purchases for antipyretics (fever reducers), cold and cough medications; a convenience subset of stored samples of more than 4,500 research project samples from the second half of 2019 stored at various hospitals in Wuhan, the rest of Hubei Province and other provinces. In none of these studies was there evidence of an impact of the causative agent of COVID-19 on morbidity in the months before the outbreak of COVID-19.”

The report suggests further checks into farms as a possible source of the virus.

“Although the closest related viruses have been found in bats, the evolutionary distance between these bat viruses and SARS-CoV-2 is estimated to be several decades, suggesting a missing link,” the report reads.

Animals such as mink and rabbits are susceptible to the virus, the report noted. Mink farms in several countries have been the cause of outbreaks of Covid-19.

“The increasing number of animals shown to be susceptible to SARS-CoV-2 includes animals that are farmed in sufficient densities to allow potential for enzootic circulation. High-density farming is common in many places across the world and includes many livestock species as well as farmed wildlife. There was a large network of domesticated wild animal farms, supplying farmed wildlife.”

US White House press secretary Jen Psaki said the report is being reviewed by federal government agencies, including the CDC, the Food and Drug Administration, the National institutes of Health and others. Psaki said those public health experts “will be reviewing this report intensively and quickly.”

“We will wait for that review to conclude. We have been clear that an independent, technically sound investigation is what our focus is on, and once this is reviewed we’ll have an assessment about the steps forward,” she told a briefing.

Psaki said the US is communicating with its allies “to share our ongoing concerns, which we have stated in the past, of course, about the process and our scientific analysis of the report itself.”