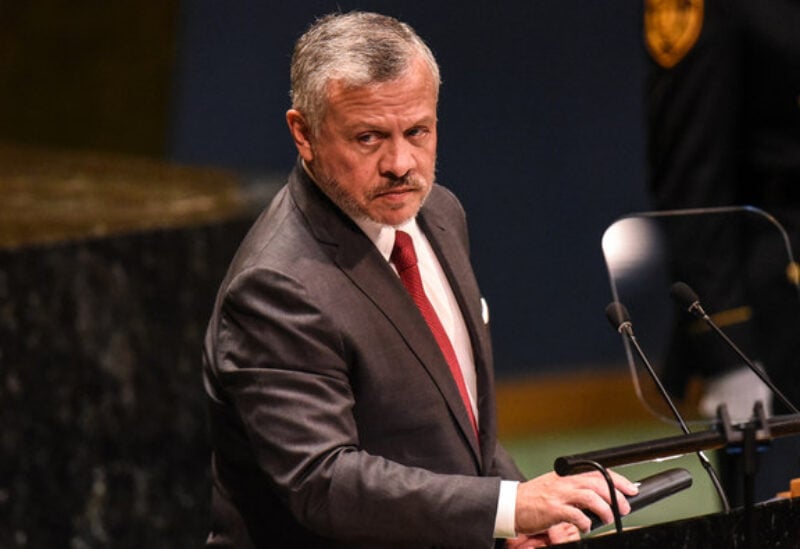 NEW YORK, NY - SEPTEMBER 24: King Abdullah II bin Al Hussein of Jordan speaks at the United Nations (U.N.) General Assembly on September 24, 2019 in New York City. World leaders are gathered for the 74th session of the UN amid a warning by Secretary-General Antonio Guterres in his address yesterday of the looming risk of a world splitting between the two largest economies - the U.S. and China. Stephanie Keith/Getty Images/AFP

in a Cabinet reshuffle after a high-profile breach of coronavirus rules, Jordan’s King Abdullah II appointed new interior and justice ministers on Sunday after their predecessors failed to handle the situation.

Eight other ministers were also appointed in the reshuffle. Jordan’s health, finance and foreign ministers are unchanged.

Cabinet reshuffles are common in Jordan, which is battling an economic recession made worse by a surge of the coronavirus pandemic.

The country has had 12 prime ministers in the past 20 years.

The current prime minister, Bisher Al Khasawneh, is a former diplomat appointed by King Abdullah at the height of coronavirus crisis in October.

The interior and justice ministers were dismissed two weeks ago after they attended a banquet at a restaurant without observing coronavirus restrictions.

Samir Mubaidin and Bassam Al Talhouni were among the most senior civilian officials in charge of enforcing the rules.

Jordan has 10 million people and the Cabinet is comprised of more than 30 ministers.

A new government spokesman, businessman Sakher Dodine, who is the son of a late Jordanian diplomat, was also appointed in the reshuffle.

Most of Jordan’s official 4,900 deaths and 422,000 coronavirus infections were registered since October.

Officials say that over the past month a more infectious virus strain, first reported in Britain, has become the main cause of infection in Jordan.