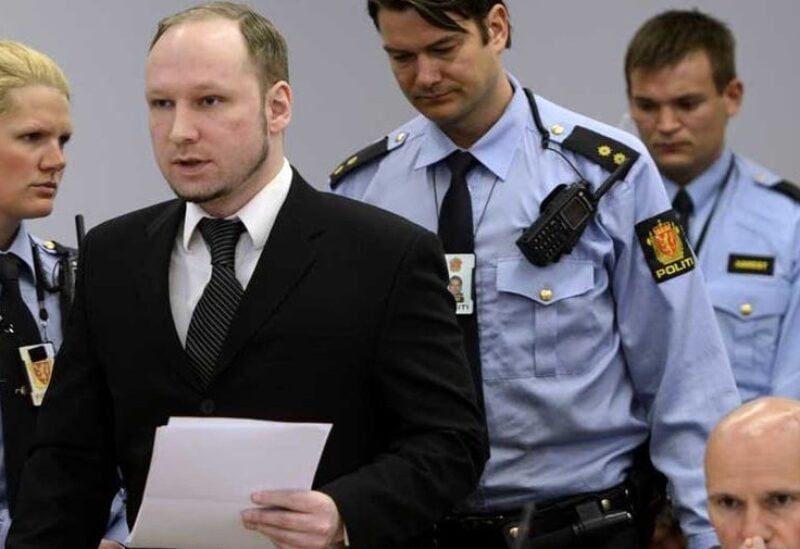 In a judgement issued on Tuesday, a Norwegian court denied mass murderer Anders Behring Breivik’s parole application, ordering him to remain in jail.

In July 2011, Breivik, an anti-Muslim neo-Nazi, slaughtered 77 people in Norway’s greatest peacetime tragedy. He killed eight people with a car bomb in Oslo and then gunned down 69 people, the most of them were youngsters, at a Labor Party youth camp.

As he approached the court on the first day of his parole hearing last month, Breivik made a white supremacist symbol with his fingers before lifting his right arm in a Nazi salute to indicate his far-right philosophy.

“The risk of violence is real and significant and equal to what it was when (Breivik) was first sentenced,” the district court in Telemark said in a unanimous verdict.

Breivik, 42, is serving Norway’s maximum sentence of 21 years, which can be extended indefinitely if he is deemed a continued threat to society. He attended court dressed in a suit and with his head shaven.

He was however eligible to seek parole after serving the first 10 years of his term, and is entitled to apply for release a year after each rejection.

Breivik in testimony last month blamed online radicalisation by far-right extremists for his crimes, saying he had been brainwashed. He said he would keeping fighting for white supremacy however, albeit with peaceful means.

The court said Breivik could not be taken at his word when he said he would no longer commit acts of violence.

“His stated assurances and word of honor have little value even if he were to mean what he says at the time he says it,” the judges wrote.

Based on the court’s findings, Breivik is unlikely at this time to be able to adjust to life outside of prison, and the risk of recidivism is significant, the judges wrote.

During trial, the court heard the testimony of prison service psychiatrist Randi Rosenqvist, who said Breivik remains as likely to commit acts of violence today as he was a decade ago.

“He said straight away he wants to appeal this,” Storrvik said.