Court turns down request to demolish 41 Arab homes in Israel 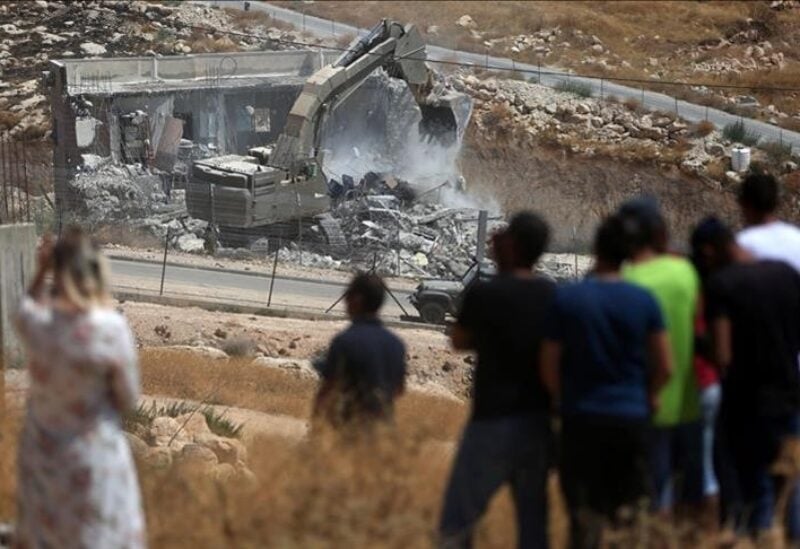 A request by the Israeli Public Prosecution to demolish 41 homes in Israel’s Arab city of Qalansuwa, was turned down by an Israeli court, Arab 48 reported.

The Israeli authorities are planning to extend a high-pressure electricity network over the Arab homes and is using this a pretext to demolish them.

Owners of the homes said that there should be an alternative plan as did occur in Tel Aviv when the Israeli authorities created an underground electricity network.

The owners of these homes said that the Israeli occupation authorities discriminate against them as they do not receive similar treatment as the Jews receive.

“This is a good decision, but we will not take it seriously,” one of the owners told Arab48.

“We do not want to be failed by this decision because the authorities have given no undertaking not to evacuate the homes,” homeowner Tayseer Eid said.

He noted that the Israeli authorities can, at any time, evacuate these houses.

Meanwhile, the lawyer who argued for halting the demolition plan said: “We received the order that cancelled the demolition, but we have not received an undertaking not to evacuate these homes yet.”

The lawyer also noted that the authorities did not give any assurance of “a just alternative plan” for the owners of these homes.

According to Arab48, Israel has demolished about 550 homes in this city in recent years.