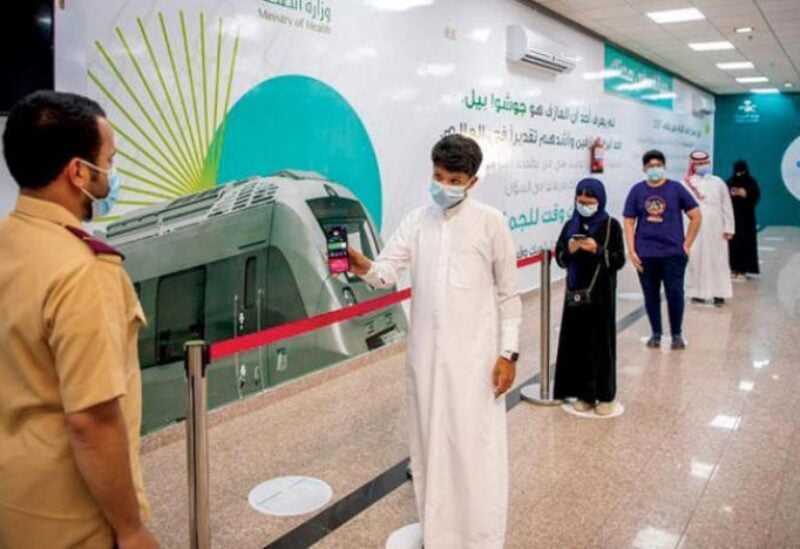 The Saudi Ministry of Health announced that COVID-19 cases have dropped by 85 percent, and critical cases declined 40 percent in the past two weeks.

Ministry spokesman Dr. Mohammed Abdelali explained in his weekly press conference that adherence to precautionary measures and a high vaccination rate among citizens and residents contributed to the decline in infections.

Abdelali said children under the age of 12 and infants could contract and spread the disease to their families, even if they are asymptomatic, noting that records show that some children can have the symptoms and that the virus can be lethal even to infants.

He stressed the importance of teaching children preventive health precautions and complete vaccine doses for their family members to reduce their risks of contracting COVID-19 and prevent the infection of the rest of family members.

“Completing both doses or even mixing different types of vaccines might be able to combat variants such as Delta, with some studies showing that mixed use of shots could even be more efficient,” he said.

The Health Ministry announced on Sunday 208 new confirmed cases of the novel coronavirus in the Kingdom, bringing the total to 540,004, including 3,346 active cases. In addition, 393 patients have recovered, raising the recovery toll to 532,126.

There are 952 critical cases in Saudi Arabia, while the health condition of the rest is stable, the statement said, adding that six new deaths have been reported, putting the total fatalities at 8,532.

Speaking at the press conference, spokesperson for the Ministry of Human Resources and Social Development (MHRSD) Saad al-Hammad announced that 96 percent of employees in the private sector are now vaccinated, in return for 97 percent in the public sector.

Hammad stressed the importance of employees of both sectors taking two vaccine doses to ensure a safe workspace.

He indicated that the Ministry continues to follow up on applying precautionary and preventive measures within work facilities in the private sector to limit the spread of the coronavirus and create a safe and healthy work environment.

The Ministry conducted 735,000 field inspections since the beginning of the year, which registered 8,945 violations in establishments, 57,864 warnings, and 10,465 violations reported against individuals in private establishments.

The Ministry received 22,223 complaints, with the total violations against establishments and individuals amounting to more than 19,410 violations.

The number of COVID-19 vaccine doses given so far has exceeded 36 million, administered in more than 587 vaccination centers in all regions of the Kingdom.