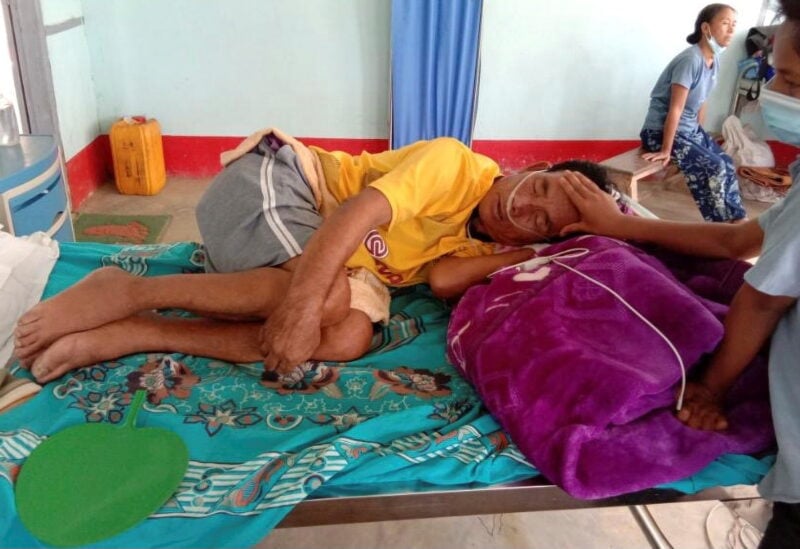 A coronavirus disease (COVID-19) patient is comforted by a family member at the hospital in Cikha, Myanmar, May 28, 2021. REUTERS/Stringer

A new COVID-19 outbreak is spreading along Myanmar’s northern border with India, marking the highest rise in cases since the military coup in February, which resulted in the collapse of health facilities and the testing program.

For the second time in three days, official numbers issued late Thursday revealed 122 cases across the country, a low amount compared to several Asian neighbors but the highest in nearly four months.

Many of the cases are from Chin State, which borders India, prompting fears that the highly transmissible strain discovered there is now spreading throughout Myanmar.

“Three people died yesterday alone. Many got scared,” Lang Khan Khai from the Zomi Care and Development aid group told Reuters from the town of Tonzang, just over 20 km (13 miles) from the border with India. “People rarely go out.”

Reuters was unable to reach the health ministry for comment.

Medics are concerned that few cases are being detected. The rate of confirmed infections to tests of over 8% on Thursday was the highest since late November, when the last wave of infections peaked.

Coronavirus testing collapsed after the coup as many health workers joined a civil disobedience movement to protest against the coup that ousted elected ruler Aung San Suu Kyi, whose government had brought two waves of infection under control.

Tests averaged just over 1,400 a day in the seven days to Thursday compared with well over 17,000 in the week before the coup.