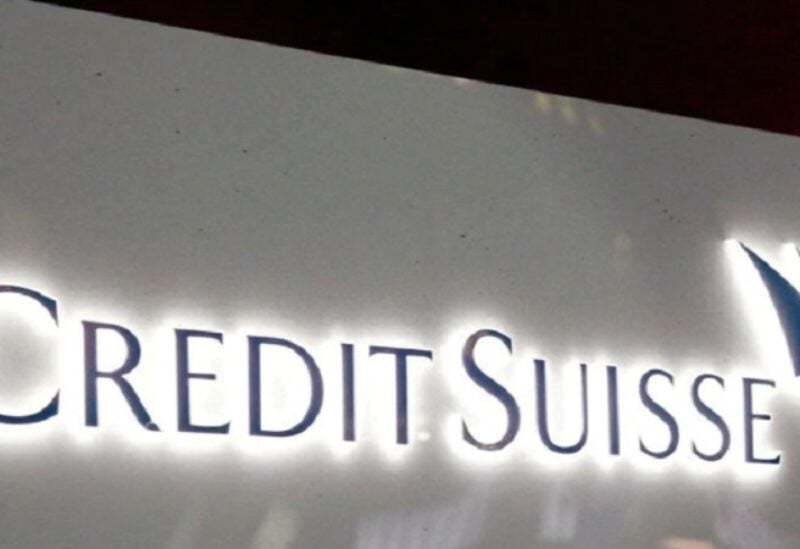 Credit Suisse will stick to its strategic overhaul despite the abrupt departure of its mastermind Antonio Horta-Osorio following an internal probe into his personal conduct, including breaches of COVID-19 rules, the embattled bank’s new chairman said on Monday.

Horta-Osorio’s exit comes less than a year after he was hired to help the bank deal with the implosion of collapsed investment firm Archegos and the insolvency of British supply chain finance company Greenshill Capital, even as it was still reeling from the 2020 exit of CEO Tidjane Thiam over a spying scandal.

Combined these triggered multi-billion dollar losses and sackings at Switzerland’s No. 2 bank, and Horta-Osorio unveiled a new strategy in November to rein in its investment bankers and curb a freewheeling culture.

“The strategy is not under discussion,” Axel Lehmann, a Credit Suisse board member brought in to replace Horta-Osorio, told Reuters in a telephone interview.

The bank’s shares were down 1.6% in early trade.

The Portuguese banker’s personal conduct has recently come under scrutiny, after he breached COVID-19 quarantine rules twice in 2021. read more

“I regret that a number of my personal actions have led to difficulties for the bank and compromised my ability to represent the bank internally and externally,” Horta-Osorio said in a statement issued by Credit Suisse on Monday.

“I therefore believe that my resignation is in the interest of the bank and its stakeholders at this crucial time,” added Horta-Osorio, the former CEO of Lloyds (LLOY.L).

Credit Suisse said he resigned following an investigation commissioned by the board, and that Lehmann had become its chairman with immediate effect.

Lehmann, a Swiss citizen who spent over 10 years at rival UBS (UBSG.S) and nearly two decades at Zurich Insurance Group (ZURN.S), said no sweeping changes were planned for Credit Suisse as it tries to steer its way back into calmer waters.

He said customer business remained excellent despite the latest upheaval and no big management changes were in the works, adding that Chief Executive Thomas Gottstein was “central” to the group.

The board concluded that it was time for Horta-Osorio to go, he said.

“We determined over the weekend – and he also thought about it – that it’s just in the best interest for him but certainly for the bank as well to put this story behind us and he resigns.”

“It has been in the ‘damaged goods’ section for a while now,” Justin Tang, head of Asian research at investment adviser United First Partners in Singapore, said about the bank.

“The irony of it is that Horta was hired to fix the reputational damage to Credit Suisse and revamp its risk taking culture in the bank,” Tang added.

In December, Reuters reported that a preliminary internal bank investigation had found that Horta-Osorio attended the Wimbledon tennis finals in London in July without following Britain’s quarantine rules.

Horta-Osorio also broke COVID-19 rules on a visit to Switzerland in November by leaving the country during a 10-day quarantine period, the bank said in December.

Public scrutiny of the actions of politicians and athletes has increased amid COVID-19 curbs as governments push to get their population vaccinated.

Tennis superstar Novak Djokovic flew out of Australia on Sunday after a court upheld the government’s decision to cancel his visa, capping days of drama over the country’s COVID-19 entry rules and his unvaccinated status.

In Britain, Prime Minister Boris Johnson is under pressure to resign after admitting he attended staff drinks during the May 2020 lockdown.

“One of the reasons to invest in the business today, one of the most important reasons, is that there is a very capable and committed person in that seat that will turn this ship around,” Harris told Reuters earlier this month.

Reeling from a disastrous year, Credit Suisse posted a 21% fall in its third-quarter profit last year and warned of a loss for the final three months of 2021.

Credit Suisse shares have shed 23% over the past one year, while UBS shares have soared 33% to their highest in four years.

Horta-Osorio’s sudden exit demoralised staff at Credit Suisse, with some questioning what was next for the bank.

“What a waste and again we make the headlines for the wrong reason,” a senior Credit Suisse private banker said on condition of anonymity as he was not allowed to speak to media.

“In between we froze for one year waiting for the new strategy from the new man!” he said.