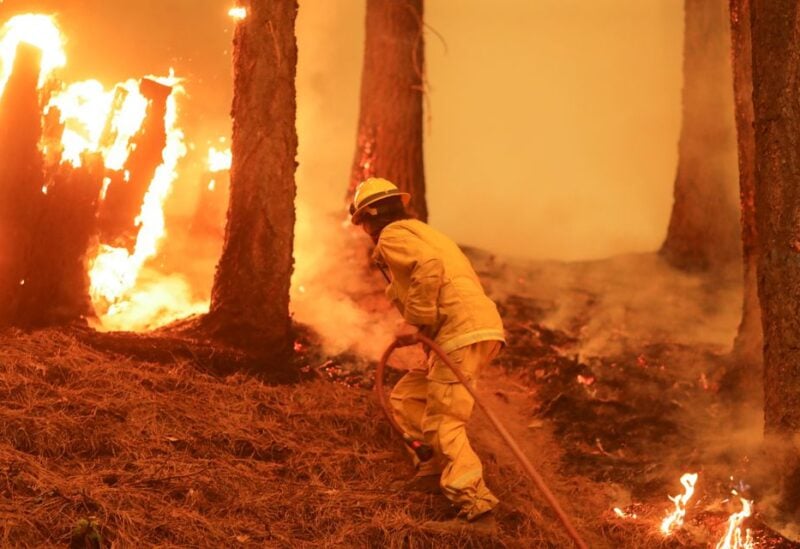 The so-called Dixie fire has blackened nearly 570,000 acres (230,670 hectares) of drought-parched timber and brush in the rugged Sierra Nevada mountains northeast of San Francisco since erupting on July 14, according to the California Department of Forestry and Fire Protection (Cal Fire).

Some 1,200 homes and other structures have gone up in flames, including most of the historic downtown area of Greenville, a gold rush mining hamlet engulfed by the blaze more than a week ago.

No fatalities have been reported. All but one of several people listed as missing after Greenville was largely destroyed have since turned up safe, though one man still unaccounted for may have moved from the area prior to the fire, according to the Plumas County Sheriff’s Office.

Roughly 15,000 additional structures were listed as threatened on Monday, and nearly 28,700 people were estimated to be under evacuation orders, said Jim Evans, a spokesman for the Dixie fire incident command.

The Dixie ranks as the second-largest California wildfire on record – surpassed only by the million-acre-plus August Complex Fire of 2020. It is also the biggest by far among scores of conflagrations raging across the Western United States in a highly incendiary summer wildfire season experts say is symptomatic of climate change.

As of Monday, an army of more than 6,500 firefighting personnel had managed to carve containment lines – clearing away unburned vegetation – around 31% of the Dixie fire’s perimeter to curtail the flames’ spread.

“It’s going to challenge a lot of our lines that we’ve constructed throughout the fire,” he said. “These winds are really going to test those lines tonight.”

The forecast also prompted Pacific Gas and Electric Company (PG&E) (PCG.N) to issue a public notice warning it was likely to cut power to thousands of homes and businesses beginning on Tuesday evening to reduce the wildfire risks posed by possible wind damage to its transmission lines.

The cause of the Dixie fire remains under investigation. But PG&E has said the blaze may have started when a tree fell onto one of the utility’s power cables.

If PG&E goes ahead with the shutoff, it would be the first imposed due to high winds since January, when 5,100 customers lost power, a company spokeswoman said. It typically takes at least 24 hours from the time a high-wind event is declared over for the utility to inspect its lines, make any necessary repairs and restore all service.