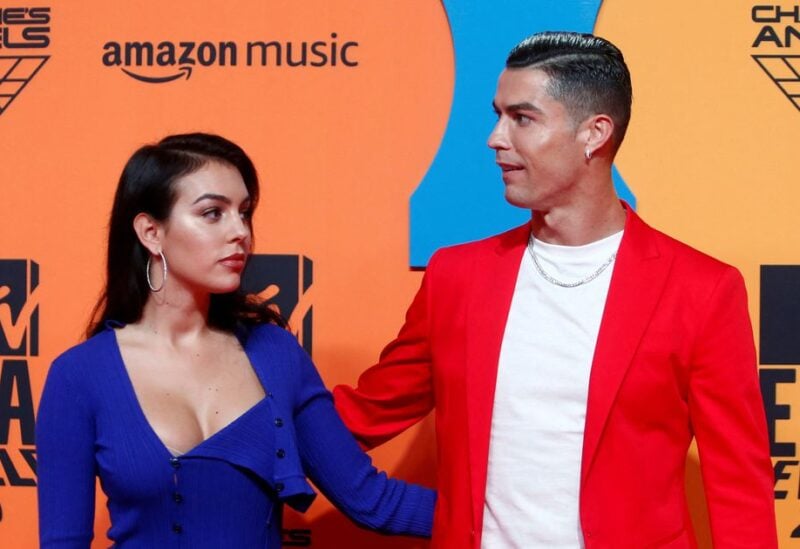 Cristiano Ronaldo and Georgina Rodriguez pose on a red carpet as they arrive at the 2019 MTV Europe Music Awards at the FIBES Conference and Exhibition Centre in Seville, Spain, November 3, 2019. REUTERS/Jon Nazca/

Manchester United footballer Cristiano Ronaldo and partner Georgina Rodriguez have revealed the death of their baby boy, describing it as “the worst agony any parent can endure.”

The 37-year-old Portugal international and his 28-year-old partner, Rodriguez, were expecting twins.

Their baby girl survived, and they said her birth “gives us the strength to live this moment with some hope and happiness”.

“Our baby boy, you are our angel. We will always love you,” they wrote.

In a statement on social media, they said: “It is with our deepest sadness we have to announce that our baby boy has passed away.

“We are all devastated at this loss and and we kindly ask for privacy at this very difficult time.”

The pair had announced the pregnancy in October.

United tweeted: “Your pain is our pain. Sending love and strength to you and the family at this time.”

Teammate Marcus Rashford tweeted: “Thoughts are with you and Georgina brother I’m so sorry.”

Ronaldo’s former side Real Madrid said the club, its president and board of directors “are deeply saddened” adding: “Real shares in the family’s pain and wishes to send them all of our warmth.”

Your pain is our pain, @Cristiano 💔

Sending love and strength to you and the family at this time. https://t.co/24oyEV8CQi