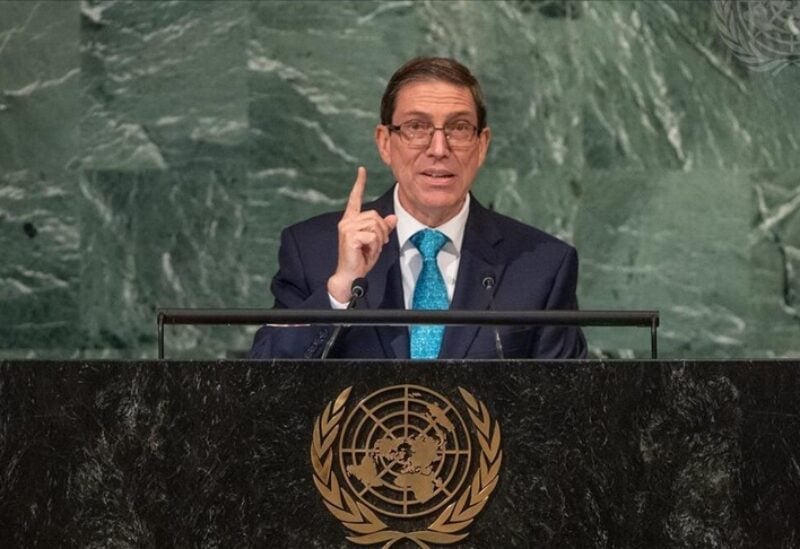 Cuban Foreign Minister Bruno Rodriguez described the six-decade-old economic embargo imposed by the US against his country, as “vast, cruel and immoral” in his speech Wednesday at the 77th session of the UN General Assembly in New York.

“The government of the US is reinforcing pressure on banking institutions, companies and governments throughout the world that are interested in establishing relations with Cuba and the US continues to obsessively pursue all sources of foreign exchange coming into the country to bring about the economic collapse of the nation,” Rodriguez said.

“The US offensive is aimed at bending states to their will by means of threats and economic coercion as well as military, political and diplomatic coercion in order to subject them to an order based on their whimsical rules,” he added.

The embargo was originally enacted in 1960, but sanctions were strengthened in 1962 and then tightened by President Donald Trump, who imposed more than 240 new sanctions. The Biden administration has not eased tensions with the island.

The UN General Assembly has voted in favor of ending the embargo on Cuba 29 times, consistently winning the overwhelming support of UN members.

“Thirty years have now elapsed since the first general assembly voted against this blockade, and at this time, the US continues to ignore the almost unanimous demand from you to cease its illegal and brutal policy against Cuba,” Rodriguez told the assembly participants.

Other Latin American presidents including Alberto Fernandez of Argentina, Xiomara Castro of Honduras and Luis Arce of Bolivia also called for an end to the US blockade, claiming that it goes against international law and the UN Charter, especially after the COVID-19 pandemic, which hit the Cuban economy hard.

After describing the economic, commercial and financial blockade as “ruthless and unilateral,” Rodriguez also demanded the US to remove the Caribbean country from the list of state sponsors of terrorism.