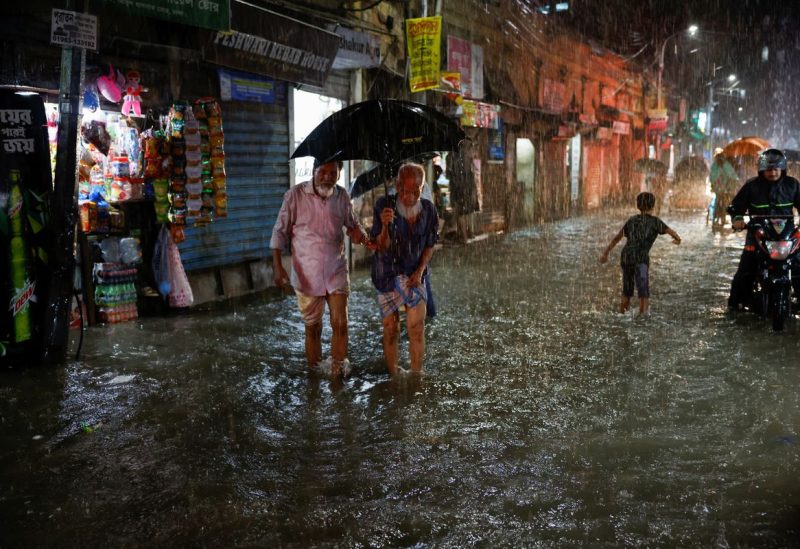 People wade through a flooded street amid continuous rain before the Cyclone Sitrang hits the country in Dhaka, Bangladesh, October 24, 2022. REUTERS/Mohammad Ponir Hossain

Mass evacuations before Cyclone Sitrang made landfall on the west coast helped save lives but the full extent of the casualties and damage would only be known after communications were fully restored, they said.

“It was terrible, it looked like the sea was coming to grab us,” Mizanur Rahman, a resident of Bhola district, told Reuters after communications were restored in his neighbourhood.

The cyclone barrelled in from the Bay of Bengal with winds gusting up to 88 kph (55 mph) and a storm surge of about 3 m (10 ft) that flooded low-lying coastal areas.

Power and telephone links have been largely cut and coastal areas plunged into darkness, officials said.

Most of the people killed were crushed by falling trees.

No major damage was reported in refugee camps in southeast Bangladesh, where more than a million ethnic Rohingya refugees from neighbouring Myanmar are living in flimsy shelters.