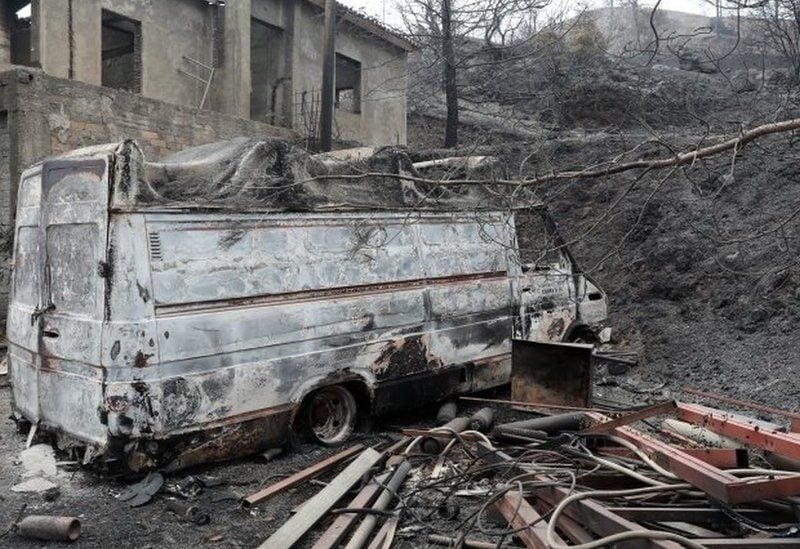 Several nations have sent firefighting aircraft to help Cyprus tackle a huge wildfire described by officials as the worst in the country’s history.

Greece, Italy and Israel have pledged help, and British troops stationed on the island are already involved.

The blaze, fanned by strong winds, is spreading through the southern Limassol district and has forced the evacuation of several villages.

On Sunday, four people were confirmed to have died in the fire.

The victims are believed to be Egyptian farm workers reported missing after their car was destroyed by the blaze.

Local media said their bodies were found about 400m from their burnt-out vehicle near the village of Odos.

Interior minister Nicos Nouris told reporters on Sunday: “All the indications support the fact that these are the four missing persons we have been searching for since yesterday.”

President Nicos Anastasiades described the fire – in the foothills of the Troodos Mountains – as “a tragedy”.

In a tweet, he said it was “the largest fire since 1974” – referring to the year Cyprus was divided following a Turkish invasion – and had caused loss of life.

He pledged that the government would “provide immediate assistance to the victims” and their families.

Mr Anastasiades visited a relief centre in the village of Vavatsinia on Sunday morning, before travelling on to other affected areas.

Meanwhile, police have arrested a 67-year-old man on suspicion of arson. A witness saw a man driving away from the village of Arakapas, north-east of Limassol, at the same time the fire started on Saturday, police said.

Cyprus has been experiencing a week-long heatwave, with temperatures reaching up to 40C (104F). Experts say that climate change is expected to increase the frequency of extreme weather events, such as heatwaves. However, linking any single event to global warming is complicated.

Vassos Vassiliou, a community leader in Arakapas, said the blaze had “passed through like a whirlwind” and “destroyed everything”.

Firefighters are racing to prevent it from spreading to the Machairas National Forest Park.

“It is the worst forest fire in the history of Cyprus,” Director of the Department of Forests Charalambos Alexandrou told local television.

The European Commission’s head of crisis management, Janez Lenarcic, said a co-ordinated response was under way. The EU’s emergency Copernicus satellite is tracking the blaze, the commission said.

Israel’s firefighting authority said its planes were due to land in Larnaca, and they would then join other international crews in tackling the blaze.

Several aircraft are already tackling the flames, assisted by British troops stationed on the island.

The British Royal Air Force, which has a base at Akrotiri near Limassol, tweeted images of its helicopters taking part in the effort.

“We stand shoulder to shoulder with the Republic of Cyprus as we work together to overcome this tragedy,” said the commander of British Forces Cyprus, Maj Gen Rob Thomson.