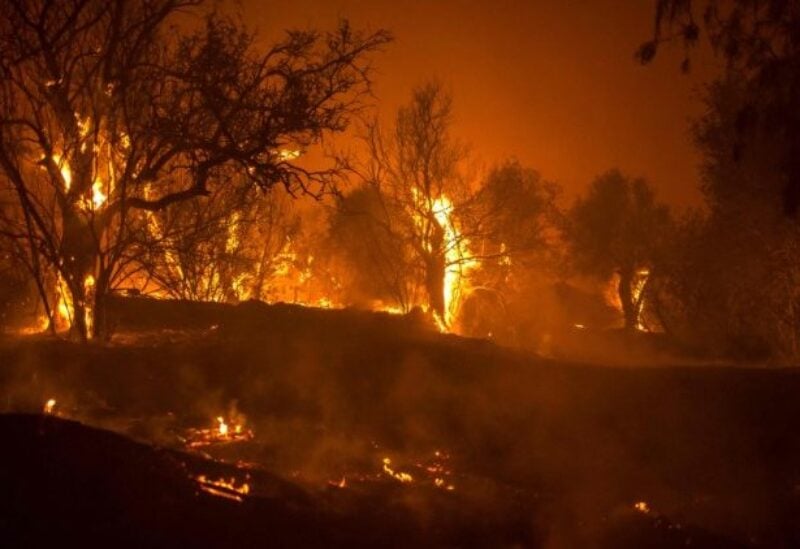 The Cyprus Forestry Department said Monday that a deadly wildfire, the island’s worst in decades, was now “under full control”.

Water-bombing planes from Greece and Israel and British aircraft from bases on the Mediterranean island helped douse the huge fire, which blackened 55 square kilometers (21 square miles) of the Troodos Mountains.
The Cyprus Forestry Department said Monday that “the fire that broke out on Saturday… came under full control today” at 8:00 a.m..
Four Egyptian farm laborers aged in their 20s and 30s were killed by the flames as they tried to escape on foot after their car plunged into a ravine.
The wildfire, described as the worst since the Republic of Cyprus was established in 1960, destroyed 50 homes, damaged power lines and forced the evacuation of 10 villages, authorities reported.
“Everything was a nightmare and pure hell here, the village was surrounded by fire,” said Akis Giorgiou, 45, from the hamlet of Arakapas.
The fire, fanned by strong winds and exacerbated by a heatwave that has baked the island in temperatures over 40 degrees Celsius (104 degrees Fahrenheit), sent up a vast cloud of smoke that was visible from sea and from the other side of the Troodos mountain range.
More than 600 people from the emergency services and army were involved in tackling the blaze, along with a dozen aircraft and 70 fire trucks as well as a reconnaissance drone, the forestry department said.
Firefighters were still deployed en masse on Monday around the badly-hit village of Arakapas, near Limassol, to tackle any potential new outbreaks, the department said.
A 67-year-old farmer was arrested and remanded in custody on suspicion of having unintentionally started the enormous blaze while burning stubble, a charge he denied.
Police said an eyewitness had seen him leaving Arakapas in his car at the time the fire started there. He could face charges of recklessly causing four deaths.
Interior Minister Nicos Nouris said the four Egyptians’ charred bodies had been found outside the village of Odos in Larnaca district.
Their burnt-out vehicle was discovered at the bottom of a ravine and the four bodies were some 600 meters (yards) away.
The Egyptian government said they were farm workers from the North African country, while Nicosia vowed in a tweet to “stand by the victims’ families… offering every support.”
“It is a tragedy,” President Nicos Anastasiades said on Twitter on Sunday.
He described the fire as the worst event since 1974, when the island was divided after Turkey occupied its northern third.