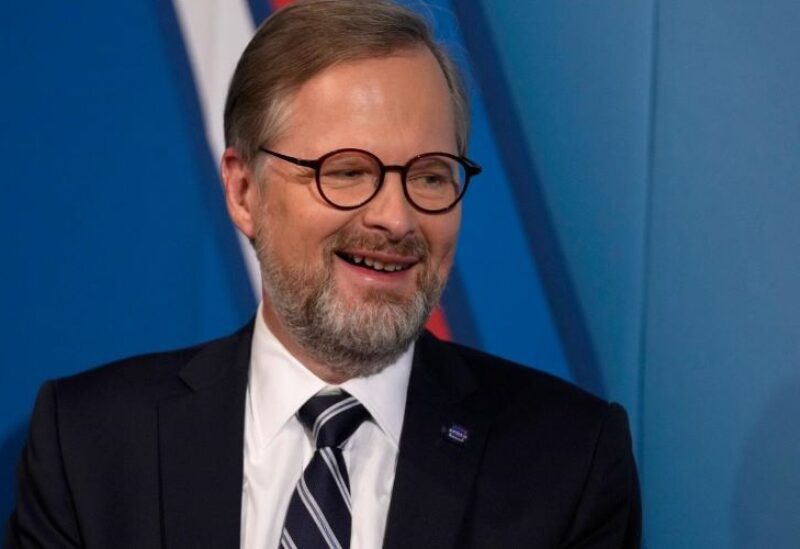 The 57-year-old former university professor is the leader of a coalition of five political parties ranging from his fiscally conservative Civic Democrats to the more leftist Pirates Party, which is making its maiden foray into government.
The alliance enters power at a time when household prices are rising and hospitals are being strained by a new outbreak of coronavirus infections. It also inherits an agenda that includes the possibility of a multibillion-euro tender for new nuclear power plant units.

In an October election, the new administration won 108 seats in the 200-member lower house, giving it a solid majority.

Outgoing Prime Minister Andrej Babis’ ANO party, which is the largest single group in parliament, and the far-right SPD, however, are bitter opponents.

Internal conflicts are likely to arise inside the coalition.

The first big test is a plan to decrease spending by 80 billion crowns ($3.58 billion) in the 2022 budget: the parties must agree on cost-cutting strategies and manage a budget where required spending items have risen in recent years due to rapid increases in pensions and public wages.
NEW MINISTER OF FOREIGN AFFAIRS

Fiala dodged a potential squabble this week by reaching an agreement with Czech President Milos Zeman on the government’s appointment.

He had opposed the selection of Jan Lipavsky, 36, of the Pirate Party for Foreign Minister.

The coalition programme said the country would continue developing strategic partnership with Israel and that cooperation in Visegrad, which has been united in a hardline stance against illegal migration in the European Union, would be key in relations.

The coalition has also stressed cooperation with “democracies” in the world, such as Taiwan or Japan in Asia, and wants to revise relations with Russia and China, two countries with which Zeman has sought deeper ties in the past.

The incoming government has also pledged to raise defence spending to the NATO alliance’s recommendation of 2% of GDP.