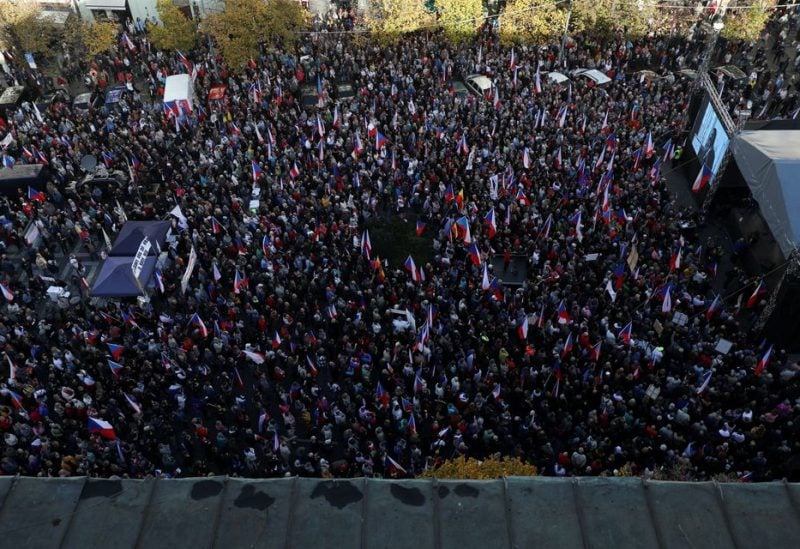 Thousands of Czechs rallied in Prague, asking that the center-right administration resign so that an early election could be held and that negotiations on gas supply with Russia be held before the winter.

The third protest that was organized by far-right political groupings, fringe organizations, and the Communist party took place on a national holiday in Prague’s main square. Less than the two before marches, the police estimated the audience to be in the lower tens of thousands.

The organising group “Czech Republic First!” opposes the European Union and NATO transatlantic alliance, and wants the nation of 10.7 million to be militarily neutral.

Protesters waved Czech flags, chanted “Resign, Resign” and carried signs calling for an exit from NATO and the EU.

“This is a new national revival and its goal is for the Czech Republic to be independent,” event organiser Ladislav Vrabel said. “When I see a full square, no one can stop this.”

High energy prices, fuelled by the war in Ukraine, have piled pressure on governments across Europe to cushion the blow of mounting energy costs for consumers and businesses.

The Czech government of Prime Minister Petr Fiala has signed up to EU sanctions against Russia and taken a tough stance over the invasion of Ukraine. It has also adopted a string of measures, including financial aid for companies and price caps on electricity for households.