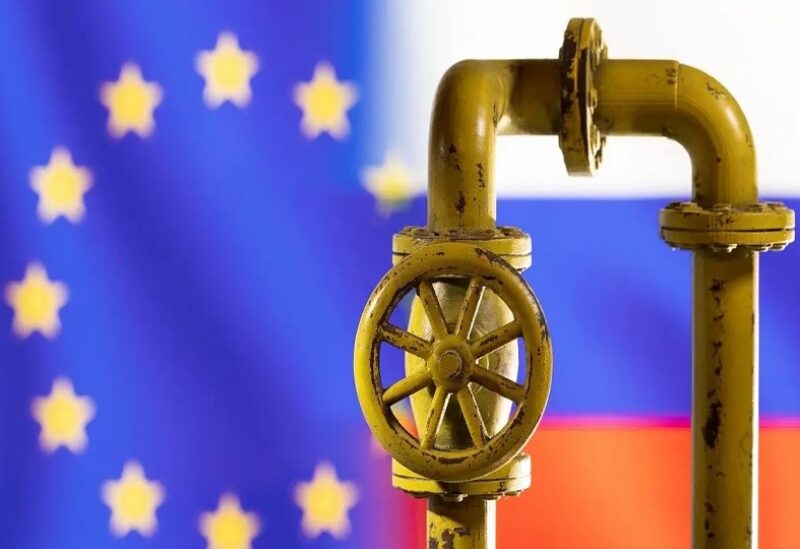 Since Europe is highly dependent on Russian energy, the EU has accelerated efforts to diversify supplies and has sought alternatives by buying liquefied natural gas (LNG) and filling natural gas storage tanks where possible from the current 64% occupancy rate. Natural gas flow from Moscow to Europe has decreased to the lowest levels in the past four years, below 100 million cubic meters since the beginning of July from quantities ranging from 400 to 500 million cubic meters per day.

According to data from the International Energy Agency (IEA) and Ukraine transmission system operator, Europe imported 155 billion cubic meters of natural gas from Russia, corresponding to about 40% of the continent’s natural gas consumption last year.

However, since the start of the war with Ukraine, its exports to Europe have dropped significantly from the highs seen in October 2019 of over 500 million cubic meters, IEA data confirms.

From Feb. 24 this year, with the start of Russian attacks in Ukraine, reduced flow transiting via Ukraine and a halt in transmission from the Nord Stream-2 natural gas pipeline, the decline accelerated and fell to 200 million cubic meters as of the end of May.

The decrease in the capacity of the Nord Stream 1 pipeline was decisive in the decline in gas flow. Russia’s Gazprom had warned on June 15 of reduced shipments through the pipeline, citing the non-return of technical equipment necessary for maintenance from Germany’s Siemens company.

To this end, a memorandum of understanding was signed between the EU and Baku for more gas purchases from Azerbaijan to alleviate shortages over the winter season.

However, despite the nine LNG import terminals in Europe, the UK and Türkiye, Germany, one of the largest Russian gas importers, is unable to avail of these facilities because it only imports gas via pipeline.

The highest LNG import capacity in Spain of around 70 billion cubic meters has a limited gas transmission link to other European countries, notably France, which has no connection preventing transmission to other neighboring countries.

Although Germany has access to LNG terminals in the Netherlands, it is insufficient for the country’s demand.

During former US President Donald Trump’s term, the construction of an LNG import terminal came to the fore from US pressure on Germany, but the process was suspended due to financial reasons. After the war between Moscow and Kyiv, the issue resurfaced and Germany ultimately agreed to build LNG terminals.

To alleviate shortages, the EU demanded that all member countries reduce their gas consumption by 15% within the scope of the emergency plan it prepared against the possibility of interruption of natural gas flow from Russia on July 20.

However, Spain was the first to respond to this with a statement from the Spanish Environment Minister Teresa Ribera who said that, “no matter what happens, the gas and electricity of Spanish families will not be cut off. Whatever happens, Spain will defend the position of Spanish industry.”