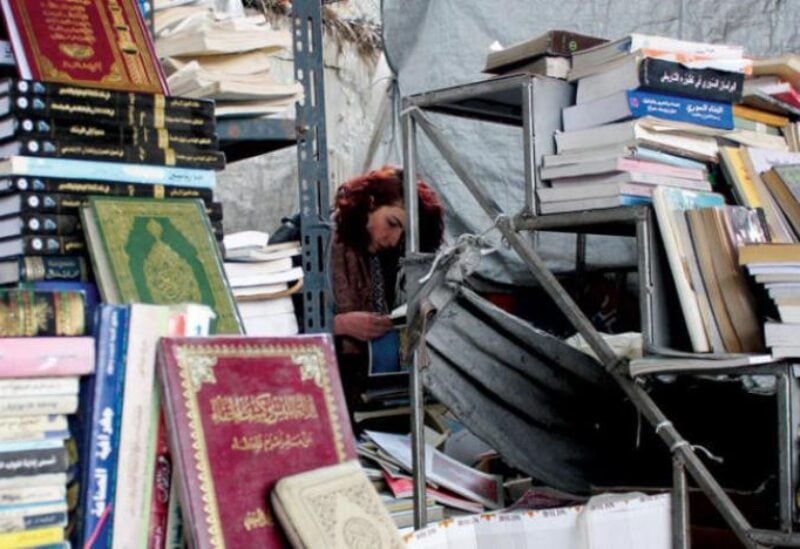 In one of the open bookstores in the Syrian capital, Damascus, only a handful of customers wander through the shelves and flip through books for sale, while the owner puts up a sign explaining that books sold are non-refundable and non-exchangeable.

For many Syrians, buying a book has become a luxury they cannot afford after the economic crisis ate away at their purchasing power.

“Before, customers would ask if we had the book, then buy it and leave. Today they ask about the price before seeing if they have enough money to pay,” bookstore owner Omar al-Nouri told Reuters.

More than a decade of war in Syria has led to the closure of many bookstores that used to attract dozens of readers and enthusiasts.

Today, however, a few book stores remain open, with most Syrians choosing to buy from book stalls on the street because of their lower prices.

Alan Khalaf, a practicing doctor, clarifies why he prefers buying books from street vendors rather than bookstores.

“I love looking. I mean, I love to see everything and read. Here people are more cooperative than bookstore keepers,” he said, adding that buying from stalls is much cheaper.

Street books vendor Abu Osama notes that they can sell the books at a lower price because the books are old and, in some cases, refurbished.

After being productive, the Syrian economy began to decline in 2019 under the influence of the financial collapse in Lebanon, which led to a sharp drop in the value of the Syrian currency.

The United Nations says that the number of needy people in the country reached 14.6 million in 2021, increasing 1.2 million since 2020.