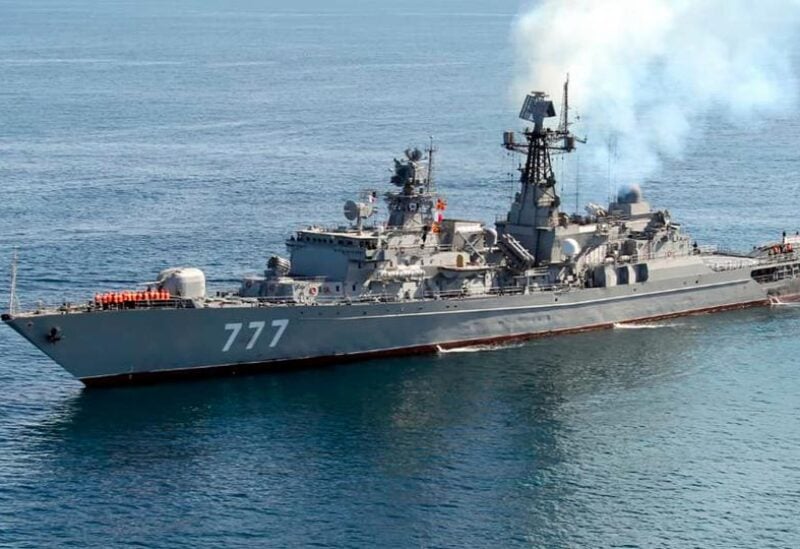 Satellite photos obtained by the US Naval Institute , showed an Iranian warship in the English Channel, escorted through Danish waters on its way to Russia, where Iran will take part in a military parade this weekend.

The Makran, an oil tanker converted for military use, was subsequently sighted in the Strait of Dover at England’s south-eastern tip.

After transiting the Channel, it entered Danish waters to enter the Baltic Sea on its way to St Petersburg. The Sahand’s position was unclear.

The Makran was escorted by two Danish warships as it passed under Denmark’s Great Belt Bridge on Thursday morning, according to the website Tanker Trackers.

So, here are the two links to watch this on:https://t.co/19hyhZI1u6 via @MarineTraffic

Denmark’s Navy Command said it had been notified through diplomatic channels of the Iranian passage.

He said Denmark’s military routinely monitors ships from non-Nato countries that pass through its waters.

Sunday’s parade celebrating the 325th anniversary of the Russian fleet will involve 54 ships from countries including Iran, India and Pakistan.

Iranian state media suggested that only the Sahand would take part in the parade itself because the Makran was too large to enter a necessary canal.