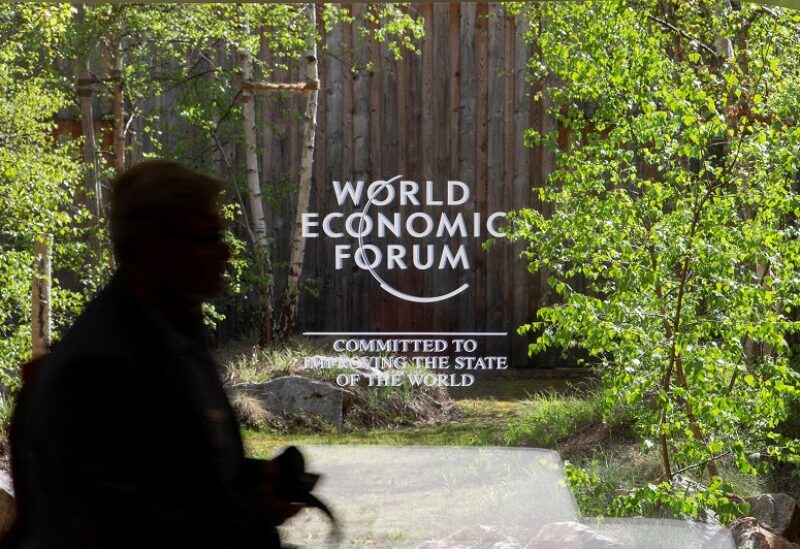 FILE PHOTO: The logo of the upcoming World Economic Forum 2022 (WEF) is pictured on a window at the congress center, in the Alpine resort of Davos, Switzerland May 21, 2022. REUTERS/Arnd Wiegmann/File Photo

The Marshall Plan was a US initiative that supported the rebuilding of several European economies following World War II.

The World Economic Forum’s annual meeting in Davos was originally scheduled to be held in January but was deferred to late May.

“Even without a peace agreement, which is currently not very likely, we must work on reconstruction, at least in those areas that are under Ukrainian control,” Brende told the Süddeutsche Zeitung on Monday.
Brende said that he would like to push for such a plan at the World Economic Forum in Davos, which begins on Monday.

According to Brende, Ukraine is not the only worry the global economy is faced with.

“It is also climate change. It is also that the global growth is slowing,” Brende told the Associated Press. “There’s no business as usual.”

Brende said that “we have to avoid that this very weak recovery ends with a new recession because we have very limited ammunition to fight a new recession.”

“A new recession will lead to increased unemployment, increased poverty,” he said. “So much is at stake.”

Originally scheduled to take place in late January, travel restrictions amid the emergence of the omicron COVID variant prompted organizers to delay the event.
Meanwhile, Moscow’s lead negotiator said Russia is ready to resume peace talks with Ukraine but the initiative must come from Kyiv.

Ukraine ruled out for a second time a cease-fire or any territorial concessions to Moscow. Presidential chief of staff Andriy Yermak said that “the war must end with the complete restoration of Ukraine’s territorial integrity and sovereignty.”