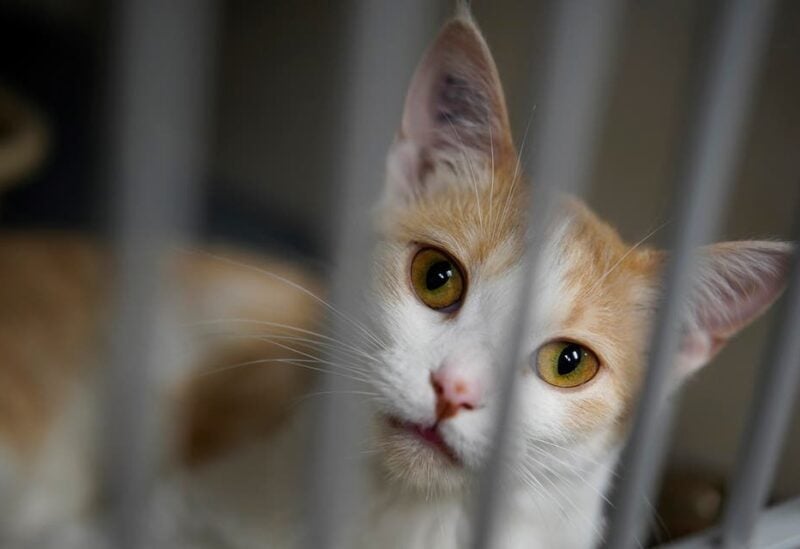 A cat at the Wild Rose Cat clinic that is photographed in Calgary, Alberta, Canada, July 14, 2021. (File photo: Reuters)

A woman who was found dead in her apartment in Kuwait was completely unidentifiable after her pet cats chewed off pieces of her face when they could not find any food to eat for days, local media reported on Friday.

A relative had called the police after the woman, who lives alone with her pet cats, had stopped responding to his calls and messages for several days, al-Rai newspaper reported.

Upon their arrival to her house, the police discovered that the woman had died some days earlier.

Left without food, her cats resorted to chewing on her face to keep themselves from starving, according to a police report seen by al-Rai.

“Detectives and forensic teams went to the site, and upon their arrival and examination, they discovered that cats were living with her in the apartment. [The cats] deliberately disfigured her face after they did not find anything else to feed on, which led to the exposing of her bones,” the newspaper cited a security source as saying.

Her body was sent to the forensics department for investigation into the cause of death.