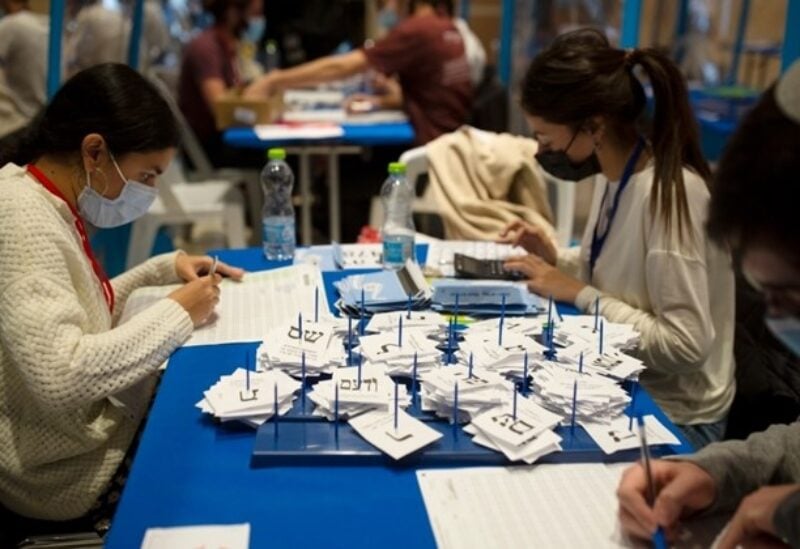 JERUSALEM: Vote tallying in Israel resumed Thursday in the deadlocked parliamentary elections held earlier this week, with neither Prime Minister Benjamin Netanyahu nor those determined to topple him gaining a clear path to forming a government.

Tuesday’s vote, the fourth Israeli parliamentary elections in two years, was widely seen as a referendum on Netanyahu’s fitness to rule while under indictment. But neither the pro-Netanyahu camp nor his highly fragmented opponents gained 61 of the necessary 120 seats in parliament.

With around 93% of the votes counted, Netanyahu and his allies had a projected 52 seats compared to 57 held by his opponents. In the middle are two undecided parties: Yemina, a seven-seat nationalist party headed by a former Netanyahu lieutenant, and Raam, an Arab Islamist party that won four seats. Neither party’s leader has committed to either camp.

Several of Netanyahu’s opponents have started discussing advancement of a bill to disqualify a politician under indictment from being tasked with forming a government, a measure aimed at barring the long-serving prime minister from office. A similar bill was floated after the March 2020 elections, but was never passed.

Netanyahu is on trial for fraud, breach of trust and accepting bribes in three cases. He has denied any wrongdoing and has dismissed the charges as a witch-hunt by a biased law enforcement and media.

Despite the charges against him, Netanyahu’s Likud party received around a quarter of the votes, making it the largest party in parliament.

A final tally of the votes was expected to be completed on Friday.