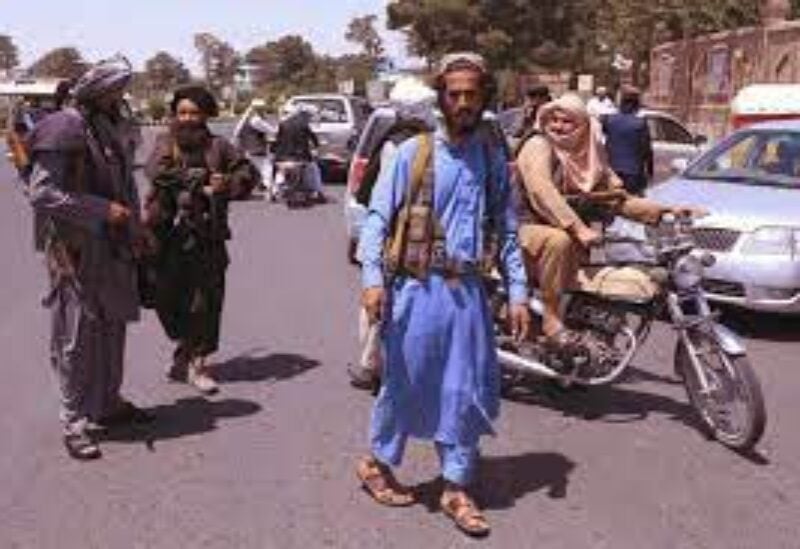 A protest against removal of Afghan flag by Taliban in the eastern city of Jalalabad, led to the killing of at least 2 people and 12 other wounded

Al Jazeera’s Rob McBride, reporting from Kabul, said that “a fairly sizable part” of Jalalabad’s residents were resisting the replacement of Afghanistan’s national flag in the city by the Taliban banner.

“We have seen uploaded on social media, protests in the streets of hundreds if not thousands of people waving the national flag,” he said.

Meanwhile, planes carrying hundreds of evacuees from Kabul have arrived in the United Kingdom and Germany as Western nations stepped up evacuation efforts and the Taliban promised women’s rights, media freedom and amnesty for government officials in Afghanistan.

The United States said its military flights had evacuated 3,200 people from Kabul so far, including 1,100 on Tuesday alone.

In Kabul, the Taliban sought to strike a conciliatory tone at its first press conference since its lightning seizure of the Afghan capital, promising  to respect the rights of women “within the framework of Islam” and expressing a desire for peaceful relations with other countries.

Pakistan is issuing visas upon arrival to all diplomats, foreigners and journalists who want to leave Kabul over security concerns.

Interior Minister Sheikh Rashid Ahmed said that since Sunday, 900 foreigners including diplomats and staff working for international organisations have arrived in Pakistan from Kabul via air travel.

He said transit visas were also being issued to foreigners upon arrival from Afghanistan at airports and land crossings so that they could travel on to their home countries.

He said all Pakistanis who want to leave Afghanistan will be brought back over the coming two days.