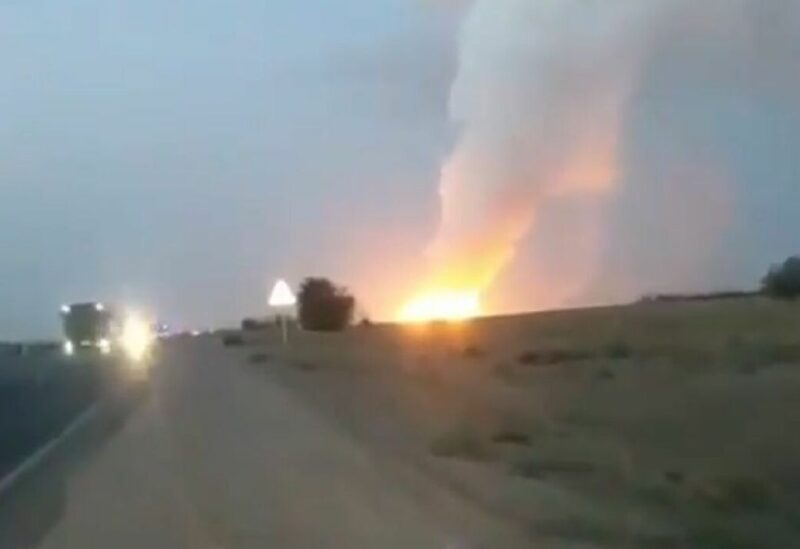 The death toll from a series of explosions at an ammunition warehouse in Kazakhstan’s southern Jambyl region reached nine on Friday, the country’s Emergencies Ministry said.

“As a result of a blast in a military united stationed in the Bayzak district of the Jambyl region, according to the latest data, nine people got killed, including employees of the emergencies services, a military unit, a guard and military prosecutor’s office. The identity of the victims is being established. The data on the missing 4 people is being investigated,” the ministry said in a statement.

On Thursday, a fire broke out at a military unit’s warehouse, where engineering ammunition was stored, resulting in at least 10 explosions. As of Friday morning, the death toll stood at five. A criminal probe into violation of the rules for handling weapons was launched. Residents of nearby settlements were evacuated.