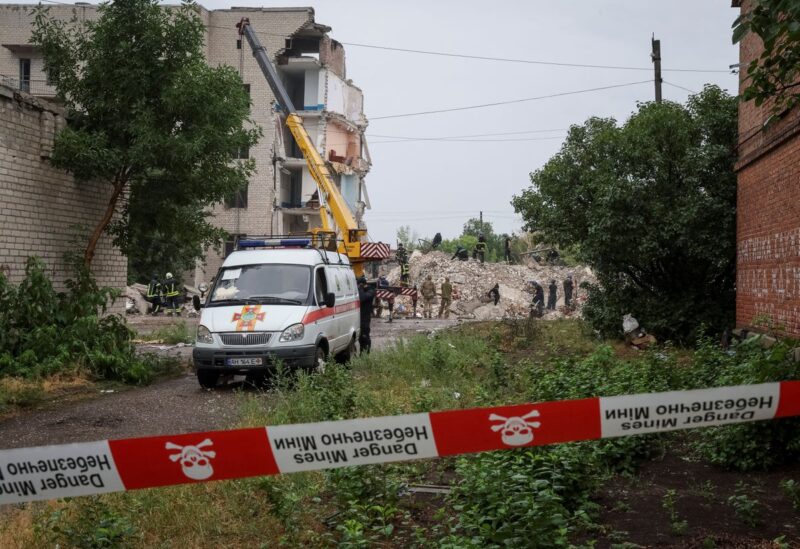 Rescuers work at a residential building damaged by a Russian military strike, amid Russia's invasion on Ukraine, in the town of Chasiv Yar, in Donetsk region, Ukraine, July 11, 2022. REUTERS/Gleb Garanich

After being struck by Russian rocket fire on Monday, an apartment building in the town of Chasiv Yar in the Donetsk area collapsed, killing 35 people, according to emergency services. Four days later, rescue efforts are still ongoing.

The regional emergency services directorate posted on Facebook on Tuesday that more than 320 tonnes of rubble had been removed and 9 persons had been freed from the wreckage.

Andriy Yermak, chief of staff to Ukrainian President Volodymyr Zelenskiy, said on Sunday the strike was “another terrorist attack,” and that Russia should be designated as a state sponsor of terrorism as a result.

Russia, which denies deliberately targeting civilians, said on Monday it had “destroyed the temporary deployment point” of a Ukrainian territorial defence unit in Chasiv Yar.