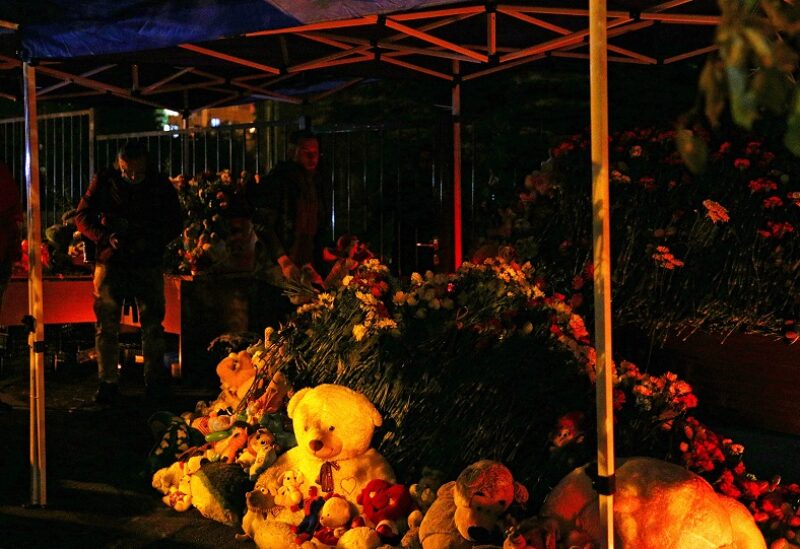 People bring flowers and toys to a makeshift memorial for the victims of a school shooting in Izhevsk, Russia September 26, 2022. REUTERS/Stringer

Russian authorities said on Tuesday, that death toll from a school shooting in western Russia’s Izhevsk city rose to 17.

According to the committee investigating the incident, two of 24 wounded died from their injuries last night.

“17 people were killed, including 11 children and six adults,” it said in a statement.

On Monday, a gunman opened fire in a school in the Udmurtia region, east of Moscow.

Twenty-four people, including 22 children and two teachers, were hospitalized, and they were in a serious or extremely serious condition, according to the committee.