Turkish mine blast death toll rises to 40, one miner missing 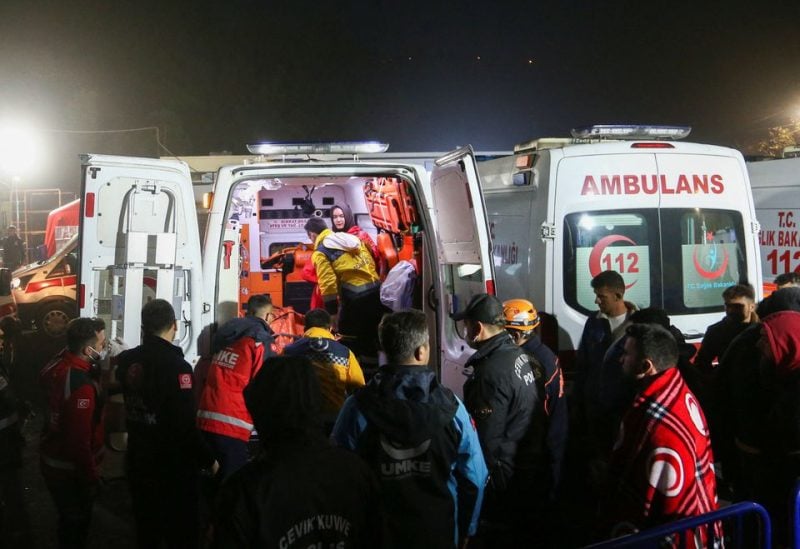 Medics and rescuers carry the body of a victim to an ambulance after an explosion at a coal mine, in Amasra in the northern Bartin province, Turkey October 15, 2022. REUTERS

An explosion in a coal mine in Turkey’s northern Bartin province on Friday killed 40 people, Interior Minister Suleyman Soylu said on Saturday, adding that search and rescue operations were continuing for one missing miner.

He said 58 of the 110 people working in the mine when the blast occurred were rescued by the teams or got out by themselves, adding there was uncertainty about one miner.

“There is still a fire going on there, miners and teams have made great sacrifices not to leave their brothers there,” Soylu said at the mine.

Energy Minister Fatih Donmez later said the fire in the mine was largely contained but fire isolation and cooling efforts were continuing after the incident that took place 350 metres (0.2 miles) below ground.

Soylu said one miner was discharged from hospital while 10 were still receiving treatment in Bartin and Istanbul.

Authorities said Turkish prosecutors have launched an investigation into the cause of the incident but initial indications were that the blast was caused by firedamp, a term referring to methane in coal mines.