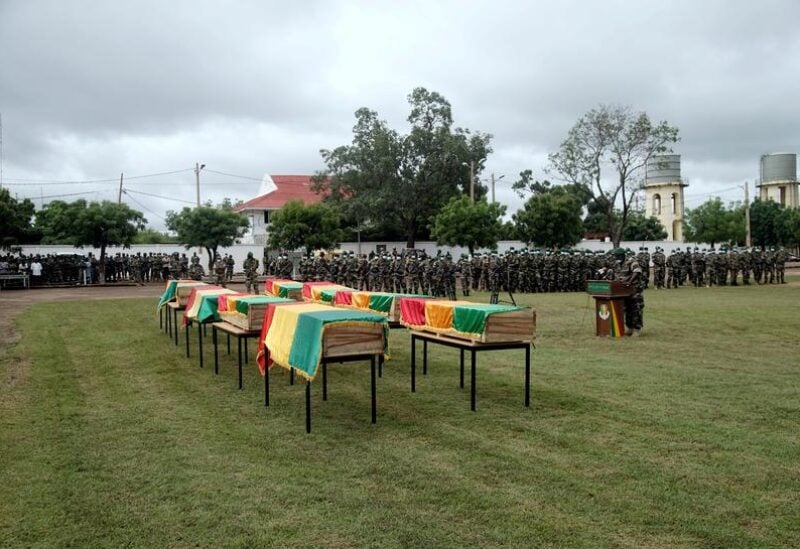 FILE PHOTO: A view of flag-draped coffins of Malian soldiers, that the army said were killed in militant attacks in Gueri town, during an honour ceremony at the army headquarters in Kati, Mali September 6, 2020.

The death toll from an ambush on a Malian army convoy in the north of the country has risen to 33, the defense ministry said in a statement issued on Wednesday.

14 soldiers were also wounded in the attack that took place on Tuesday afternoon near the town of Tessit, in Mali’s northern Gao region.

Islamist militants, many of whom have been linked to Al Qaeda and Islamic State, have stepped up attacks in Africa’s Sahel region in recent years, displacing thousands of people.