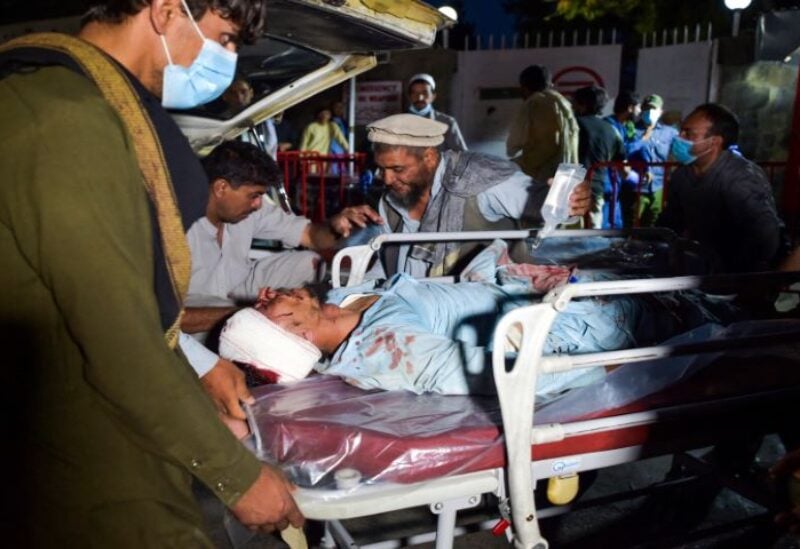 At lease 20 people were killed as a result of the two blasts outside of Kabul airport on Thursday, chief Taliban spokesman Zabihullah Mujahid told AFP.

Around 52 people were also injured in the blast near the Baron Hotel, a short distance from Abbey Gate in Kabul airport, the spokesman also told Afghan Tolo News.

Two suicide bombers and gunmen targeted crowds gathering near the Kabul airport Thursday, in the waning days of a massive airlift that has drawn thousands of people seeking to flee the Taliban takeover of Afghanistan.

US Pentagon Press Secretary John Kirby confirmed a number of US and civilian casualties.

“We can confirm that a number of US service members were killed in today’s complex attack at Kabul airport. A number of others are being treated for wounds. We also know that a number of Afghans fell victim to this heinous attack,” he said in a statement.

The Wall Street Journal reported that the US ambassador in Kabul said four Marines were killed and three others were injured.

A US official said the complex attack was “definitely believed” to have been carried out by the ISIS group, whose affiliate in Afghanistan grew out of disaffected Taliban members who hold an even more extreme view of Islam.

The Taliban denounced the attack on Kabul airport, saying it occurred in an area controlled by US forces.

Taliban spokesman Zabihullah Mujahid said his group “strongly condemns the attack on civilians at Kabul airport, which took place in an area where US forces are responsible for security.”

Abdul Qahar Balkhi, a member of the Taliban’s cultural commission, told Turkey’s Haberturk TV: “As soon as the airport situation is figured out and the foreign forces leave, we will not have such attacks anymore. It is because of the presence of foreign forces that such attacks take place.”