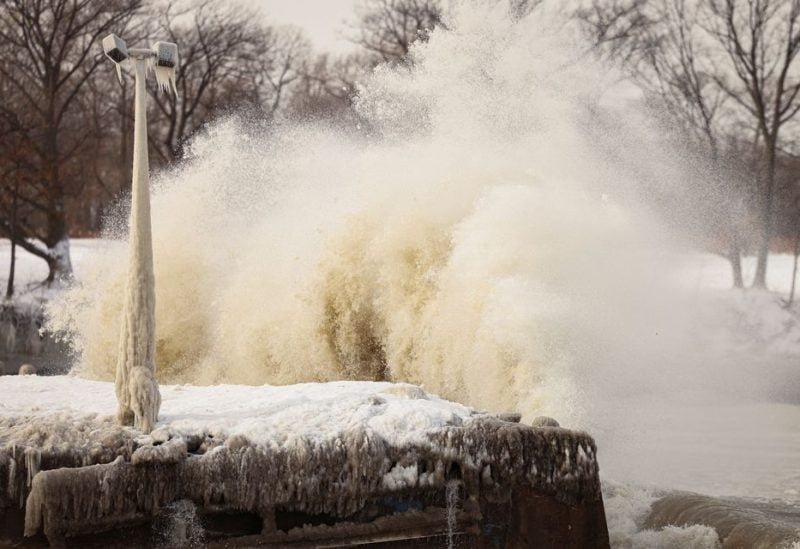 On Christmas Day, a catastrophic blizzard tore through Buffalo, New York, trapping people in their automobiles, bringing on power outages, and increasing the death toll from the terrible winter storm system that had just ravaged the country.

According to an NBC News report, 28 individuals have already perished in weather-related accidents across the nation. 26 deaths in all were reported by CNN.

The number of fatalities from the storm, according to Erie County Executive Mark Poloncarz, increased from three to seven overnight in the Buffalo area of far western New York, where snowfall on Sunday totaled over four feet (1.2 meters).

Some of the four reported dead-on Sunday morning were found in cars and some in snowbanks, Poloncarz said, adding that the death count might still rise.

“This is not the Christmas any of us hoped for nor expected but try to have as merry a Christmas as possible today,” Poloncarz said on Twitter on Sunday. “My deepest condolences to the families who have lost loved ones.

New York Governor Kathy Hochul told reporters that she had been in touch with the White House and that the Biden administration would support the state’s request for a federal disaster declaration.

A powerful winter storm that caused frigid temperatures from the Northern Great Plains to the U.S.-Mexico border was moving east on Sunday, after knocking out power to millions late last week and causing flight cancellations during the busy holiday travel period.

More than 200,000 homes and businesses were without power on the U.S. East Coast, in Texas and in Washington state on Sunday, a sharp drop from the 1.8 million that were powerless as of early Saturday, according to PowerOutage.us. In Buffalo, 16% of residents had no electricity on Sunday, officials said.

According to flight tracking service FlightAware, more than 1,500 flights in the US have been canceled as of Sunday noon as bad weather further complicated holiday travel.

According to National Weather Service (NWS) meteorologist Rich Otto, Christmas morning temperatures in the central and eastern United States were still much below average and below freezing even in the Gulf Coast region.

According to reports from locals and photos shared on Twitter, iguanas in South Florida were stunned by a sudden decrease in temperature to 45 degrees Fahrenheit (7 degrees Celsius), and they were falling off trees.