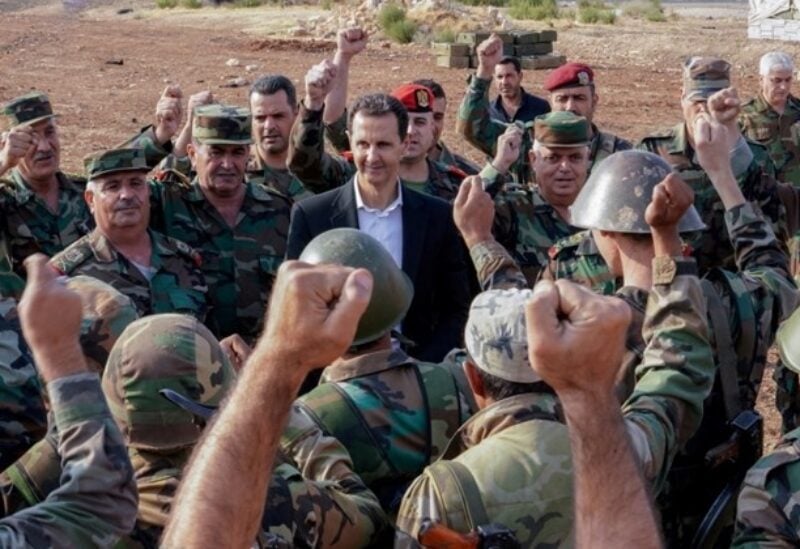 A war monitor said on Tuesday that a decade of war in Syria has left around half a million people dead, in a new toll that includes 100,000 recently confirmed fatalities.

The Britain-based Syrian Observatory for Human Rights said the Syrian conflict has killed 494,438 people since it flared up in 2011 with the brutal repression of anti-government demonstrations.

The previous figures, issued by the Observatory in March this year, stood at over 388,000 dead.

The monitor has since confirmed an additional 105,015 deaths following months of documentation efforts supported by its network of sources on the ground.

“The overwhelming majority of these deaths occurred between the end of 2012 and November 2015,” Observatory head Rami Abdel Rahman told AFP, referring to the latest additions.

Of the recently confirmed deaths, over 42,000 are civilians, most of them murdered under torture in Syrian regime jails, the monitor said.

Abdel Rahman pointed out that a lull in the fighting allowed his organisation to probe reports of fatalities that had not been included in the overall tally for lack of documentation.

“It provided us with a window to document tens of thousands of cases for which we lacked evidence,” Abdel Rahman said.

With Syrian regime forces having reconquered large swathes of the country and a ceasefire still holding along the main front line in Idlib region in the northwest, violence levels are at their lowest since the onset of the conflict.