Democracy Under Threat: EU Urged Not To Back Bolivian Coup Plotters, Spokeswoman Says in Open Letter 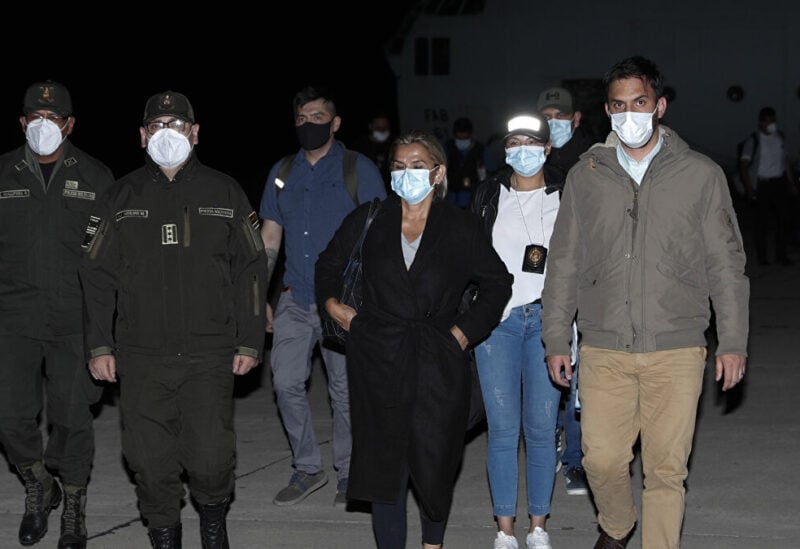 The shock letter comes amid renewed tensions in the Latin American country shortly after regional elections, with right-wing paramilitaries and supporters of the 2019 coup remobilising for further clashes with the newly appointed Movement for Socialism (MAS-IPSP) government.

The Bartolina Sisa Resistance movement in the UK, an organisation representing indigenous women in Bolivia, wrote a scathing letter to the UK Office of the European Parliament on Tuesday urging MEPs not to support right-wing groups in the country.

The letter comes as MEPs from the Spanish right wing Vox party were set to address the European Union on alleged human rights abuses in Bolivia under the newly-elected Luis Arce and David Choquehuanca government.

But the current MAS-IPSP government sought to bring former interim president Jeanine Anez, whose coup forced former Bolivian president Evo Morales from power in 2019, to justice in a “half-hearted way”, the letter read.

According to the spokeswoman, human rights for over 1,500 prisoners of the coup government were “taken away without mercy”, despite Anez receiving “VIP treatment and due process” under the Arce administration.

“One must ask, would the EU give any attention to Donald Trump and his bands of white supremacists who unsuccessfully stormed the Capitol, in their claims that the US electoral system robbed them of a rightful victory? We do not think so,” Colque said.

Such claims would lead to more coups and covering up atrocities committed during the previous government, she said.

She asked in the letter: “Where were the EU, the [Organization of American States] when the massacres, mass arrests, persecution and torture of opponents were happening?”

Crimes and Atrocities of the Anez Rule, Lithium Wars

The spokeswoman explained numerous human rights abuses committed during the Anez rule as given from victim testimonies, including allegations of beatings, torture and others.

Women were sexually assaulted and younger prisoners were forced into cold showers and beaten. Victims were also forced to brush their teeth with toothbrushes used to clean prison floors.

Many prisoners were denied food and water as well as medical attention or access to friends and family, among others, she explained.

Authorities planted false evidence on victims and accused them of ‘sedition and terrorism’.

Bolivians died at home amid the ongoing COVID-19 pandemic, but people leaving their homes were beaten and imprisoned for doing so, she explained, adding most victims were poor and indigenous people.

“The needs of the EU are economic and geopolitical. It is the junior partner to Uncle Sam. No doubt there are European and US industries casting envious eyes on Bolivia’s lithium deposits. They whisper to themselves, ‘if only there were a compliant Bolivian government that would let us get our hands on them at favourable rates’,” she said in a statement.

Bolivia’s Uyuni Salt Fields have the largest lithium reserves in the world and are used for building consumer electronics such as electric vehicle batteries, smartphones and others.

Speaking on the re-election of MAS candidates, Bolivians had previously elected Morales and and currently President Arce to end the “rape” of the nation.

“The corrupt Bolivian elite who are now pleading with you for support, seek to keep this murderous history going on. If the European Union vote to support the Bolivian [right-wing] in their efforts, we can only assume that the same values that motivated the conquistadores are in operation today in the democratic EU,” she said.

The Bolivian people sought justice and reparations for victims of the coup, Colque said, adding they wished to live in peace with the world as done via their ancestral roots for over a thousand years.

“We cannot allow impunity to win. Enough of killings, enough of destruction, enough of interference and enough of injustice,” she concluded.

The Arce administration urged US and Brazilian envoys in March to avoid interfering in the nation’s domestic affairs, namely after Anez was faced with charges of sedition, terrorism and conspiracy against the state.

The charges are linked to Anez’s role in the 2019 state coup and her detention was extended six months. News of the arrest sparked harsh criticism from US secretary of state Antony Blinken and others in Washington.