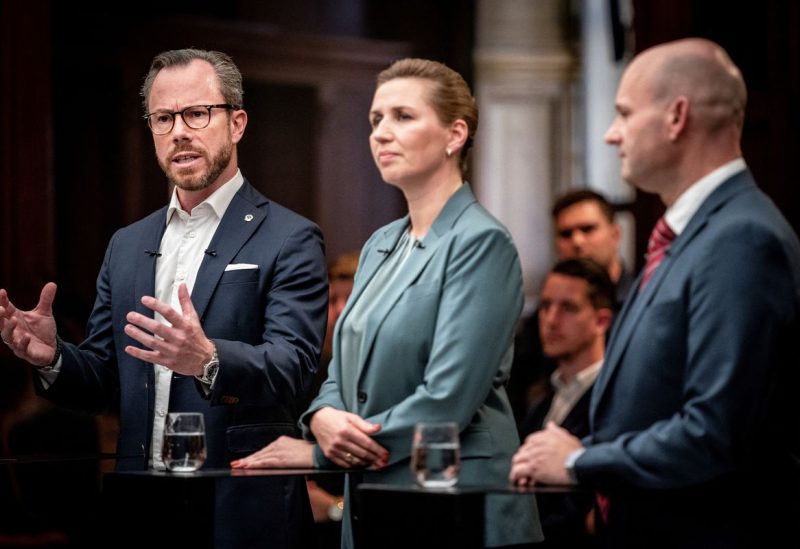 Danes’ sense of safety has been rattled by geopolitical unrest and economic instability after decades of living in a cozy welfare bubble and leading the global happiness index; this is a subject that is likely to influence how Danes vote next week.

An unprecedented level of anxiety among Danes has been fueled by the threat of energy shortages, soaring inflation, and the war in Ukraine, which has advanced with the sabotage of two pipelines bringing gas from Russia to Germany through Danish waters last month.

On Bornholm, an island in the Baltic Sea halfway between Copenhagen and the Russian enclave of Kaliningrad, that insecurity has led to a spike in the number of volunteers to the local Home Guard, a volunteer branch of the Danish military.

One of the new volunteers is Benedikte Gyes, 48, who found herself and her family isolated when a power cut happened on the island two days after Russia invaded Ukraine.

“We had no power, no internet and my phone was dead,” said Gyes, who last year moved to the island from Copenhagen with her three children.

“I could see the warships out at sea and fighter jets flying above our island, and thought to myself: What’s happening?”

The cause of the outage was later attributed to anchor damage to a subsea power cable, grid operator Energinet said.

Locals say the sense of insecurity is strengthened by the island’s isolated location and its occupation by Soviet forces during World War II until 1946, a year after the rest of Denmark was liberated.

Prime Minister Mette Frederiksen of the Social Democratic Party is seeking to form a broad coalition across the traditional left-right divide, arguing that political unity is needed at a time of international uncertainty.

More Danes worry about household expenses now than during the worst years of the 2008 financial crisis, and the number of Danes anxious about Russian aggression nearly doubled after Russia’s invasion of Ukraine in February, according to a May survey conducted by TrygFonden.

The invasion drastically improved Danes’ view of the NATO alliance, and spurred support for sanctions against Russia and military aid to Ukraine. Danes also voted in favour of joining EU’s defence policy at a referendum in July.

Frederiksen’s party has launched a nationwide advertising campaign with the slogan “Safely through uncertain times.” A recent survey showed that Danes rank security and defence issues higher than they have done in three decades.

“Her message is that she’s the captain with a steady hand on the tiller, and that she has brought Denmark through one crisis and can do it again,” Hansen told Reuters. “She is trying to make this more of an election about security. Her message is: Vote for Mette, and you’ll be safe,” he said.

Frederiksen’s ambition for a broad coalition, something which has been attempted only once with very limited success in recent history, is backed by former prime minister Lars Lokke Rasmussen.

Polls indicate that his new party, The Moderates, stands to become the third biggest in parliament behind the Social Democrats and his former party, The Liberal Party, the leaders respectively of left- and right-wing parliamentary blocs.

However, the idea of a broad coalition is dismissed by most parties, making the outcome of Tuesday’s election uncertain, as neither of the political blocs stands to gain a majority without Lokke’s mandates.

The uncertainty is likely to linger beyond the election in a country famed for their ‘hygge’ – a word roughly meaning “coziness” – and especially on Bornholm, where locals witnessed the Nord Stream pipeline gas leaks up close.

“My children will probably not grow up with the same belief that everything will only get better. All this has planted a more material fear up here in small, safe Denmark,” said Gyes.