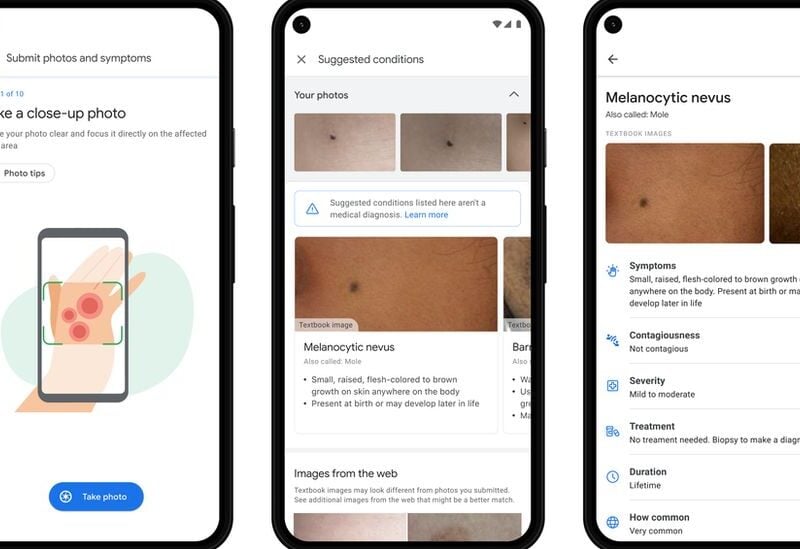 Unveiled at Google IO conference, the Derm Assist tool uses images uploaded by patients to identify possible abnormalities. It is expected to launch later this year.

According to Google, the AI tool recognises 288 skin conditions, but the technology giant made it clear that it should not be used as a substitute for a medical diagnosis. The company revealed that there are 10 billion searches for skin, hair and nail issues on its search engine annually.

“The tool is not intended to provide a diagnosis,” a Google spokesperson said, “ rather we hope it gives you access to authoritative information so you can make a more informed decision about your next step.”

To access the tool, users will sign in to their Google accounts and upload images of the medical condition in question to the Derm Assist website. They will also answer a series of questions about their symptoms.The condition is then analysed by an AI model, which will generate a list of possible matching conditions, taking the patient closer to a diagnosis. The tool will be free to use and has been in the process of being built for three years.

“Skin diseases as a category are an enormous global burden – people are turning to Google to research their skin concerns,” said Dr Peggy Bui, product manager at Google Health and an internal medicine specialist at the University of California, San Francisco. “Most cases are curable, but half the world’s population faces a critical shortage of dermatologists.”

According to Google, of the 10 billion annual searches, only 13 per cent of people correctly self-diagnose.