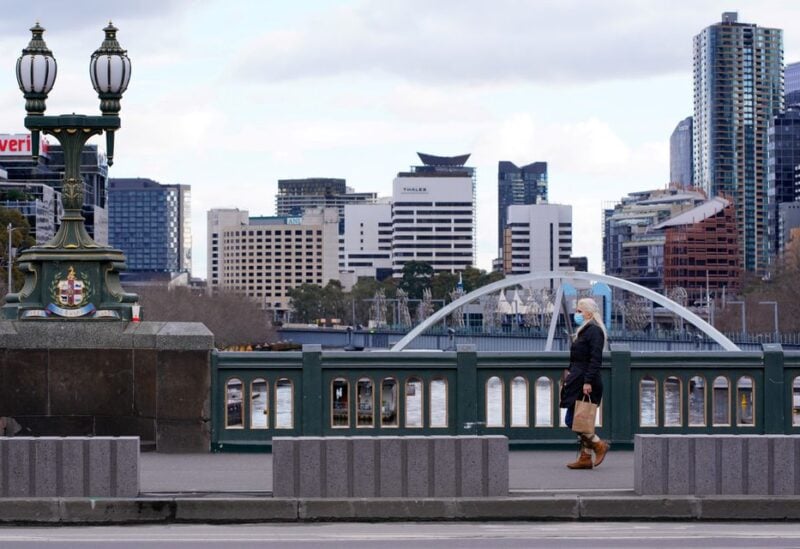 The government’s pandemic modeling adviser said Australia can proceed with its reopening plans until vaccination levels reach 70 percent to 80 percent, even as several states signaled they might not ease border restrictions if Sydney fails to manage its Delta outbreak.

According to the Melbourne-based Doherty Institute, the country’s aim should move from zero cases to lowering the number of COVID-19 deaths and hospitalizations until at least 70% of the country’s population over the age of 16 is fully vaccinated.

“This level of vaccination will make it easier to live with the virus, as we do with other viruses such as the flu,” it said in a statement late on Monday. “Once we reach 70% vaccine coverage, opening up at tens or hundreds of cases nationally per day is possible.”

Currently, 30% of Australia’s adult population has been fully vaccinated while 53% have had at least one dose.

In July, Australia announced a four-stage plan to return to broader freedoms and higher immunization rates. However, Queensland and Western Australia have indicated that they may not adhere to the agreement because it was drafted when the number of cases in Sydney was significantly smaller.

Prime Minister Scott Morrison recognized that the Sydney epidemic has caused alarm in some states, but he believes that “permanent lockdowns” will do more harm than good to the country.

“The findings are the same whether there are 30 cases or 800 cases, and that’s what the Doherty Institute stated… we can do this safely and we do need to do it,” Morrison told Nine News on Tuesday.

Australia has suffered less from the coronavirus pandemic than many other developed countries with about 44,600 cases and 984 deaths. But a third wave of infections from the Delta variant has plunged Sydney and Melbourne, its largest cities, and capital Canberra into a weeks-long lockdown.

Sydney, the worst-affected, has reported rapid growth in new case numbers as state officials pivot to a faster vaccine rollout strategy as more than two months of stay-at-home orders have failed to stop the spread of Delta.

“Let us focus on the vaccine rates because that is what will determine how we can live moving forward,” New South Wales (NSW) state Premier Gladys Berejiklian said.

Berejiklian, who had promised more freedoms for the fully-vaccinated once total doses topped 6 million, said the state has crossed that milestone and changes will be announced later this week. Some 59% of people in NSW have had at least one dose, while 31% are fully vaccinated, slightly above the national numbers.

A total of 753 cases were reported in NSW, down from 818 on Monday, although daily infections continue to linger near record levels. Seventy-four deaths have been reported from the latest outbreak, although the rate of deaths has slowed from last year.

Neighbouring Victoria, struggling to contain its outbreak, expanded access to the Pfizer shots from Wednesday to anyone over the age of 16 to help reach a goal of a million doses over five weeks. Fifty new locally acquired cases were detected in the state on Tuesday, down from 71 a day earlier.