“Details of his role in Palmyra massacre”, son of Rifaat al-Assad vows to expose his father 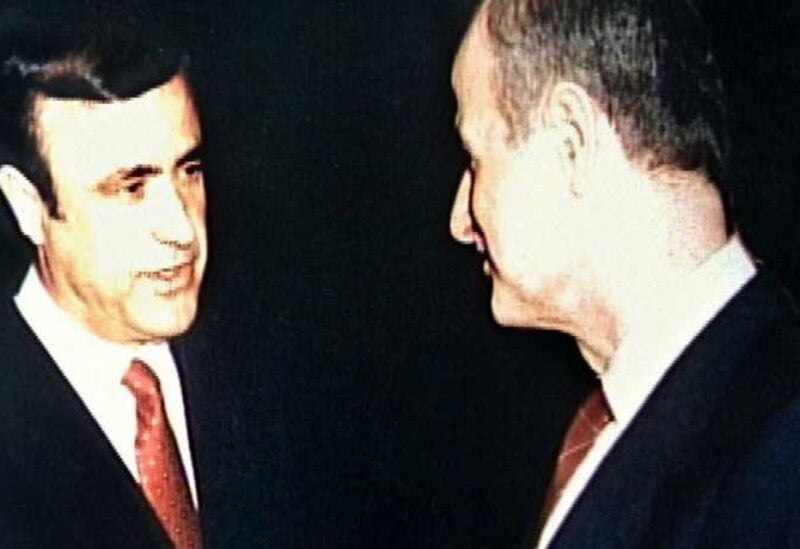 One of  Rifaat al-Assad’s sons,  uncle of the head of  Syrian regime, announced that he would soon present a “gift” in which he would reveal matters related to the crimes his father committed when he was Vice President of the Republic during the era of Hafez al-Assad.

Firas al-Assad, Bashar al-Assad’s cousin, said in a post he posted on Facebook, on Monday, “At seven o’clock in the evening, Damascus time… a special post… a gift from me to the souls of a thousand people killed by (his father) Rifaat al-Assad while they were helplessly behind the bars of their cells.” No strength,” referring to what was later known as the “Palmyra Prison Massacre,” which led to the killing of about 1,500 detainees in June 1980, according to Syrian opposition sources.

He added: “Every free and honorable person is required to share the publication as bit is published… in order to resist the notifications that will “fall on him like raindrops”… our voices will not be stifled, and the voice of the oppressed will always remain high above the heads of the oppressors.”

Later, Firas mentioned in another publication that time did not help him in writing what he promised, saying: “Dear friends, please accept my apologies. I did not have time to complete what I started writing since yesterday, but be on time tomorrow and I will inform you of the timing of publication. “.

But as of this writing, today, Wednesday, Firas al-Assad has not published any publication about what he promised, or answer questions about the details of what he plans to publish.

Firas, who opposes the Syrian regime, used to attack his father, Rifaat, describing him as a dictator. He commented on his father voting in the presidential elections at the Syrian embassy in Paris, which led to Bashar winning a fourth term by saying: “A dictator elects a dictator.”

Many Syrians accuse Rifaat al-Assad of committing many massacres and crimes against humanity, especially the Palmyra prison massacre, and later what was known as the “Hama massacre” in 1982, which some sources say killed more than 40,000 people while destroying about a third of the city.

He oversaw what the Syrian regime said at the time had crushed a rebellion led by the Muslim Brotherhood in the city.

In 1984, Rifaat, who was also vice president, tried to overthrow his brother Hafez al-Assad to seize the reins of power in Syria, but that attempt failed and he left for Europe, where he established an empire of real estate in France, Spain and other countries.

Rifaat al-Assad has not gained any supporters since his departure from Syria, despite his attempts to establish an opposition movement to his brother Hafez and his son Bashar later.