Detained Afghan pilots to fly out of Tajikistan on U.S.-brokered flight 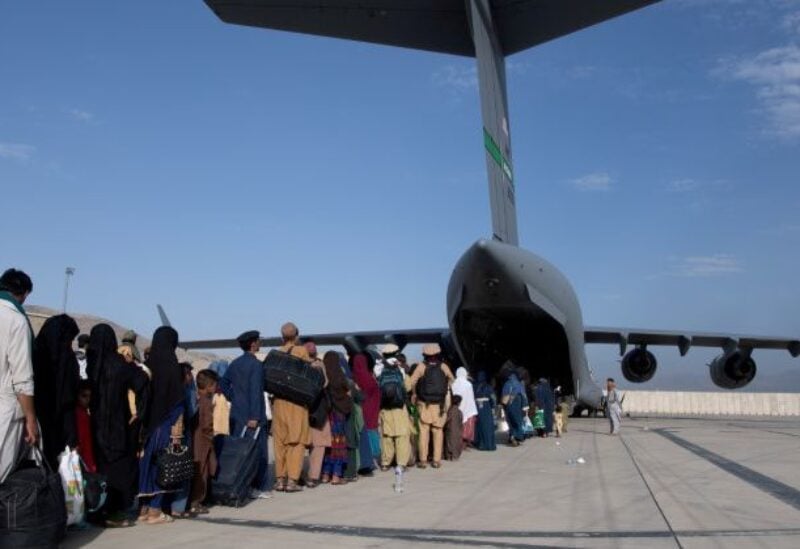 More than 150 American-trained Afghan pilots and other staff have been jailed in neighboring Tajikistan for over three months after fleeing with their planes as the Taliban captured their country, according to two of the pilots and others close to them.

The Afghans had spent the entire day at the airport in Tajikistan’s capital, Dushanbe, waiting for a flight that appeared to be delayed. They were hopeful it wouldn’t be canceled and that they’d be able to leave before the end of the day.

“We expect to go out soon,” one of the Afghans said on condition of anonymity to Reuters.

The U.S. embassy in Dushanbe could not be immediately reached for comment.

The plight of the Afghan pilots — including one who is at a very advanced stage of her pregnancy — became a focus of U.S. lawmakers and military veterans, who grew frustrated by what they believed was a sluggish U.S. relocation effort.

They arrived in Tajikistan with advanced military aircraft at the end of the war, were detained by Tajik authorities and have been awaiting a U.S. relocation ever since — hoping to move to a third country for eventual U.S. resettlement.

Reuters exclusively detailed first hand accounts from the pregnant pilot and other members of the group about their frustrations with their detention, and was first to report U.S. plans to relocate them.

Afghan Air Force personnel flew dozens of advanced military aircraft to Tajikistan and to Uzbekistan in August as the Taliban swept to power.

The Afghan personnel in Tajikistan represent the last major group of U.S.-trained pilots who fled abroad and are still known to be in limbo.

In September, a U.S.-brokered deal allowed a larger group of Afghan pilots and other military personnel to be flown out of Uzbekistan to the United Arab Emirates.

Even before the Taliban’s takeover, the U.S.-trained, English-speaking pilots had become prime targets of the Taliban because of the damage they inflicted during the war. The Taliban tracked down the pilots and assassinated them off-base.

Afghanistan’s new rulers have said they will invite former military personnel to join the revamped security forces and that they will come to no harm. But pilots who spoke with Reuters say they believe they will be killed if they return to Afghanistan.

Defense Secretary Lloyd Austin told a congressional hearing in September he was concerned about the pilots in Tajikistan and would work with the State Department to “see if we can move this forward”.

But the process of relocating the Afghans from Tajikistan proved to be more time consuming and complex than the similar effort in Uzbekistan.

Most of the Afghan pilots and other personnel were held at a sanatorium in Tajikistan. Those in that group who communicated with Reuters did so on cell phones kept hidden from guards and said the Tajik authorities took away their identity documents.

In an interview with Reuters, the pregnant pilot, 29, expressed fears about the risks to her and her child at the secluded sanatorium. She was then transferred to a maternity facility before being returned to the sanatorium in preparation for her departure.

“We’re like inmates here. Not even like a refugee or an immigrant. We don’t have any legal documentation or a way to acquire anything for ourselves “Last month, she stated.