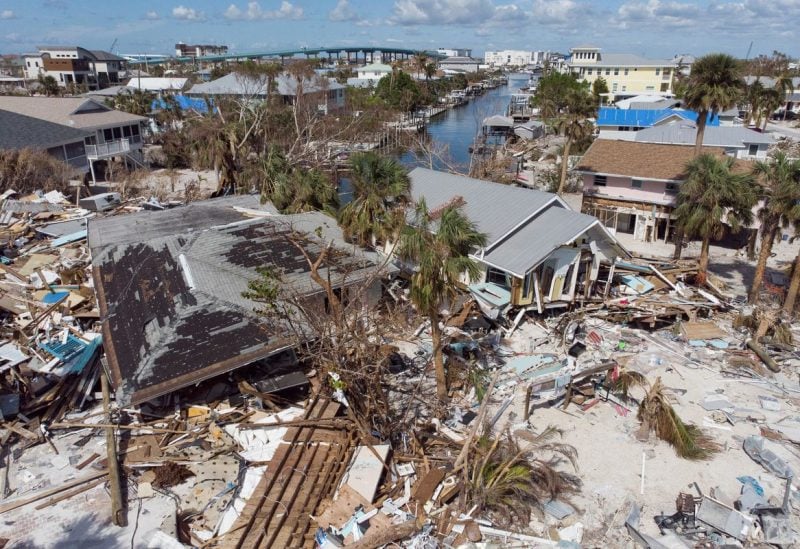 Hurricane Ian and other natural catastrophes have caused an estimated $115 billion of insured losses so far this year, well above the 10-year average of $81 billion, Swiss Re estimated on Thursday.

Natural and man-made disasters did economic damage of $268 billion, of which $122 billion was covered by insurance, making 2022 one of the most expensive yet for the sector, it said.

Ian, a category-4 hurricane which struck Florida in September, was the single largest loss-causing event of the year to date, with an estimated insured loss of $50–65 billion. That would put it second only to Hurricane Katrina in 2005.

Swiss Re said that 2022 was the second consecutive year in which estimated insured losses surpassed $100 billion, in line with a 5–7% average annual increase over the past decade.

Secondary perils such as floods and hailstorms caused more than $50 billion in insured losses, it said.

Widespread flooding in Australia after torrential rains in February and March caused an estimated $4 billion in damage in the country’s costliest-ever natural catastrophe.

France suffered the most severe series of hailstorms ever observed, with insured losses reaching an estimated 5 billion euros ($5.2 billion).

Swiss Re estimated that more than 11,000 people have died in natural and man-made disasters so far this year, excluding the death toll from severe heat waves in Europe.

Munich Re is due to release its annual catastrophe report in January.