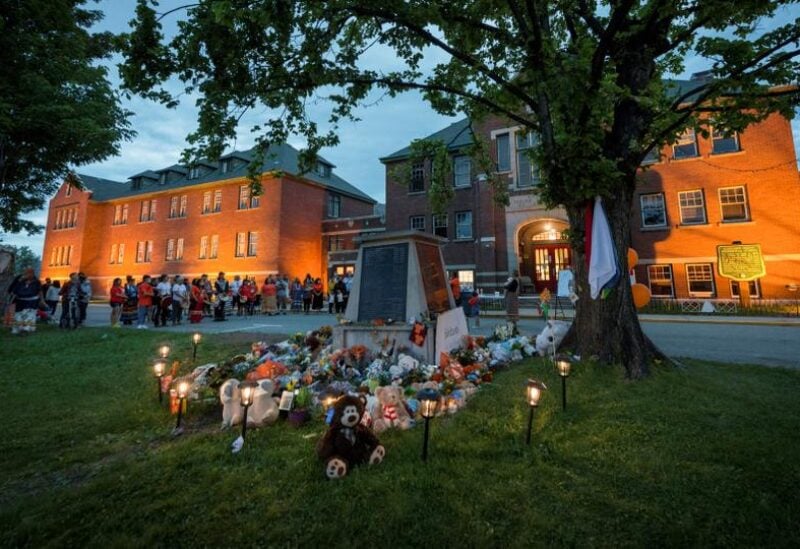 The discovery of remains of scores of indigenous children at a former residential school in Canada has reopened wounds among indigenous survivors of colonial Canadian schools.

The discovery was announced by the chief of the Tk’emlups te Secwepemc First Nation — the home community of the Kamloops Indian Residential School— last Thursday.

Chief Rosanne Casimir said they had found the remains of 215 children, some as young as three, buried on the grounds of the old school, near Kamloops, British Columbia.

Following the latest discovery, indigenous communities met across the country to figure out how best to investigate the remaining sites.

Canada’s residential school system forcibly separated more than 150,000 First Nations children from their families between 1831 and 1996.

The move was part of a program to assimilate the community into Canadian society.

The kids were subjected to abuse, malnutrition and rape in what the Truth and Reconciliation Commission tasked with investigating the system called “cultural genocide” in 2015.

The communities were forced to convert to Christianity and not allowed to speak their native languages.

Ceremonies to honor the victims took place or were to take place throughout the country.

One of the survivors, who spent his teenage years at the Kamloops Indian Residential School told Reuters on Thursday, “My life became hateful to me,” while remembering the hunger, loneliness and fear.

“I couldn’t help but think it’s monsters that done this, to put bodies in an unmarked grave site,” the 72-year-old St’at’imc Nation member added.

The development comes as the federal government has pledged to spend previously promised money on indigenous communities that want to search former school sites for the remains of children.

In 2019, the government promised C$33.8 million ($28.1 million) over three years to support, among other things, locating the bodies of children who attended the schools. Of that, C$27.1 million has yet to be spent.

Marta Hurtado, spokeswoman for the Office of the UN High Commissioner for Human Rights (OHCHR), called the school discovery “shocking,” urging the Canadian government to “redouble efforts to find the whereabouts of missing children, including by searching unmarked graves.”

She also called for a legal entity to protect and manage burial sites.