Doctors say lives are lost in hospitals in Ethiopia’s Tigray due to dwindling supplies, blame blockade 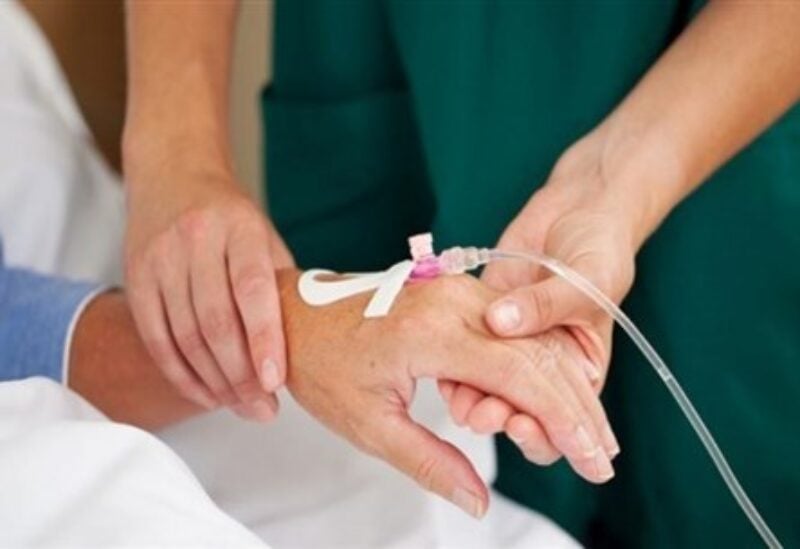 A youngster injured in an air strike died when physicians ran out of gauze and IV fluids at Ethiopia’s Tigray region’s main hospital. Due to a lack of dialysis fluids, a newborn died.

The paucity of supplies is mostly the consequence of a months-long government assistance blockade on the northern area, according to doctors at the Ayder Referral Hospital in Mekelle, which is controlled by Tigrayan forces battling the central government.

“Signing death certificates has become our principal duty,” the hospital said in a presentation shared by Reuters on Tuesday for foreign assistance organizations.

Notes and documents in the presentation included case summaries, lists of missing drugs and medical supplies, and photographs of wounded and malnourished patients. Reuters also interviewed three doctors, who asked not to be identified for fear of retribution by Ethiopian officials.

The doctors identified 117 deaths and dozens of complications, including infections, amputations and kidney failure, which they said were linked to shortages of essential medicines and equipment. They did not provide dates for most of them.

War erupted in November 2020 after relations nosedived between Prime Minister Abiy Ahmed and the Tigray People’s Liberation Front (TPLF), the party that dominated national politics until Abiy’s appointment and controls most of the region. The conflict has killed thousands of people and driven millions more from their homes.

Government spokesman Legesse Tulu on Monday reiterated Ethiopia’s position that no blockade had been imposed. He did not respond to questions about the shortages reported by Ayder.

“What is happening in Tigray currently is the sole responsibility of TPLF,” Legesse told Reuters.

He accused the TPLF of looting equipment and medicines at more than a dozen hospitals and 100 health centres when its forces invaded the neighboring regions of Amhara and Afar last year before being pushed back in December.

A TPLF spokesman declined to comment. The TPLF has previously denied looting health facilities and blamed the government for shortages of humanitarian supplies.

Ethiopia’s health minister and a TPLF spokesman did not respond to requests for comment. The TPLF has previously denied looting health facilities and blamed the government for shortages of humanitarian supplies.

The United Nations first sounded the alarm about lack of access to Tigray in December 2020, when government forces took control of Mekelle after battling rebellious forces loyal to the TPLF for three weeks.

Access for its trucks has ebbed and flowed since then but declined significantly after government forces withdrew from most of the region at the end of June, according to reports by U.N. humanitarian agency OCHA.

The government has restricted media access since July. Some aid agencies have been barred, and most communications to the region are down.

Two international aid agencies reached by Reuters did not respond to requests for comment about the Tuesday presentation, which was issued on behalf of all of Ayder hospital’s staff.

A senior doctor at Ayder told Reuters that about 80-90% of Tigray’s hospitals and clinics were not functioning. The United Nations says more than 90% of the region’s 5.5 million people need humanitarian assistance and 400,000 are living in famine-like conditions.

Some supplies reached Tigray’s main cities during the first eight months of the conflict, when the region was under government control. But little food and almost no medical supplies have arrived since the government pulled back in late June, doctors said.

They blamed what U.N. and U.S. officials have described as a de facto government blockade. The United Nations estimates at least 100 trucks of aid must enter Tigray each day to keep up with needs. Less than 12% of that has arrived since July, OCHA said last week.

There are three main routes into Tigray, but bridges along two of them were blown up as the Ethiopian military withdrew, OCHA reports said. Convoys attempting to use the remaining land route, through Afar, have faced lengthy security checks and bureaucratic delays that can last weeks. Authorities often do not allow fuel and medication to get through, according to OCHA reports.

At the end of December, Afar authorities unloaded and distributed aid supplies from five of 20 trucks that had been waiting at the Afar border town of Abala for two weeks for clearance to enter Tigray, an OCHA report said.

The World Food Programme told Reuters it would run out of food and fuel in Tigray by mid-January.

Ayder has not received a resupply of medicine or equipment since June, the three doctors told Reuters. The 500-bed hospital is running out of everything from oxygen to antibiotics to therapeutic food for malnourished children, they said. Its scanners no longer work.

The percentage of children under 5 admitted with severe malnutrition nearly doubled to over 41% in October.

Three-month-old Surafeal Mearig weighed 3.4 kg at birth but is now 2.3 kg, hospital records show. A photograph shared by his parents shows his ribs protruding, eyes sunken in his skull.

A paediatrician said the boy’s parents earned a good living before the war. The father worked as a construction company cashier and his mother in a bank. Neither is working now, according to the case notes.

The mother’s milk has dried up and they cannot afford formula, the paediatrican said. The hospital will run out of food soon.

About 82% of essential drugs were available at the hospital a year ago, compared to 17.5% by the end of 2021, the documents state. Among those that have run out – insulin, oxygen and most cancer drugs.

A malnourished baby girl arrived from the town of Abi Adi with pneumonia and kidney disease, the notes show. The hospital could not give her dialysis because it had run out of intravenous fluids. She was one of 35 deaths recorded among dialysis patients since the war started. The dialysis department said it was reusing equipment meant for one patient between five.

One doctor described to Reuters seeing trauma patients succumb to deadly infections because most antibiotics had run out. He recounted the case of an 8-year-old girl who arrived with a head wound on Dec. 12 after the emergency department had run out of gauze, gloves and pain medications.

Staff first used their bare hands to try to staunch her bleeding, and finally scrounged some sutures from another department, but there were no intravenous fluids or blood supplies for a transfusion. She died in her mother’s arms, case notes show.

The girl’s mother told hospital staff she was injured in a government airstrike on Mekelle as she was watching cartoons at home, a doctor said in the notes.

Reuters could not independently confirm the account. Military spokesman Colonel Getnet Adane did not respond to requests for comment but has previously denied that the government is targeting civilians.