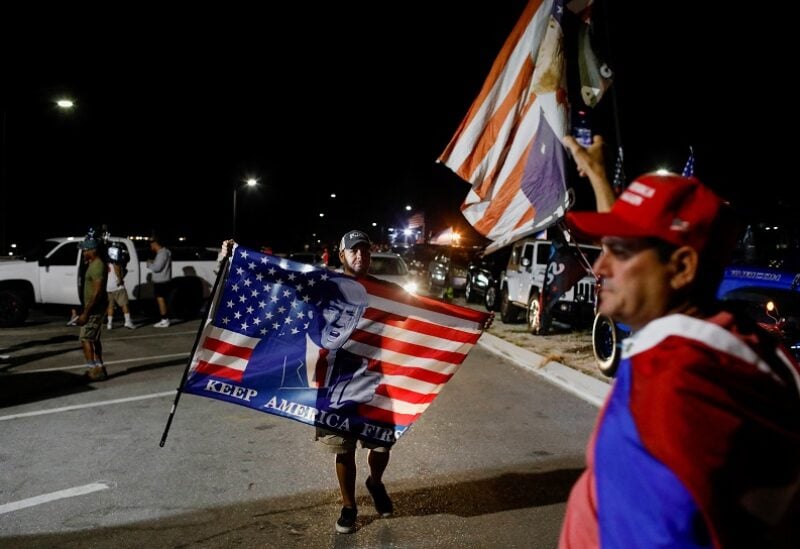 A supporter of former U.S. President Donald Trump holds a flag as he and others gather outside his Mar-a-Lago home after Trump said that FBI agents raided it, in Palm Beach, Florida, U.S., August 8, 2022. REUTERS/Marco Bello

After the US National Archives and Records Administration in February notified Congress that it had reclaimed around 15 boxes of White House documents from Mar-a-Lago, some of which contained classified materials, Former US President Donald Trump said on Monday the FBI conducted a surprise raid at his Mar-a-Lago estate in Florida.

“After working and cooperating with the relevant Government agencies, this unannounced raid on my home was not necessary or appropriate,” Trump said in a statement.

Trump also said that FBI agents had forced open a safe as part of the raid.

In recent months, Trump has been giving strong hints over another bid for president. Meanwhile, the US Justice Department has been investigating allegations that classified records were taken to Mar-a-Lago after his presidency.
A federal law called the US Presidential Records Act requires the preservation of memos, letters, notes, emails, faxes and other written communications related to a president’s official duties.

And Monday’s raid appeared to concern boxes of documents that Trump brought with him from the White House to his luxury Florida home, the New York Times reported, citing two unnamed people familiar with the probe.
And separately, investigations in the January 6 siege of the US Capitol have been intensifying.

The FBI did not respond to requests for information, and it was unclear whether the reported raid was connected to either investigation.