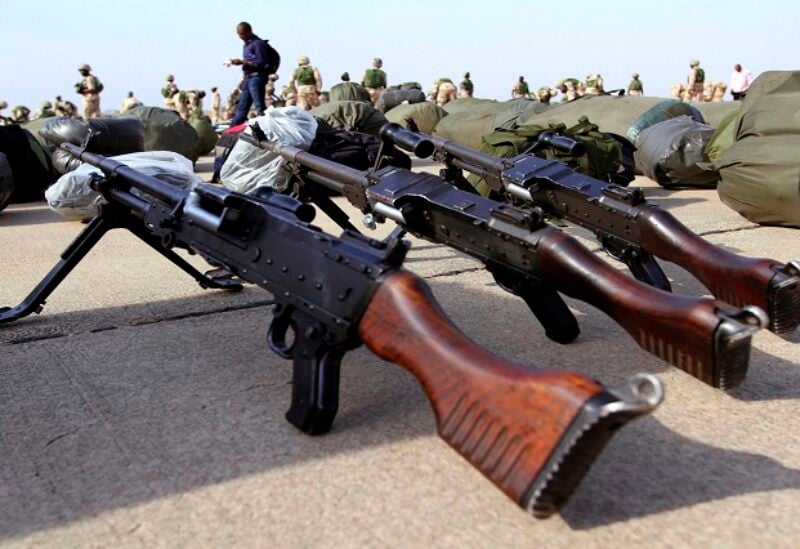 Guns are arranged on the ground as Nigerian soldiers prepare to board a military plane before leaving for Mali, at the airport in Nigeria's northern state of Kaduna on January 17, 2013. REUTERS/Afolabi Sotunde

Several people were killed on Wednesday in northern Burkina Faso when Islamist militants attacked a civilian convoy being escorted by military police, the latest in a string of attacks across West Africa’s Sahel region this month.

Following the attack on the road between Gorgadji and Arbinda, one of Burkina Faso’s most volatile zones, President Roch Kabore declared three days of national mourning.

Violence in the Sahel, a semi-arid band beneath the Sahara Desert, has continued to intensify despite the presence of thousands of U.N., regional and Western troops and efforts by some governments to negotiate with the militants.

Armed men killed at least 12 soldiers last week in northwestern Burkina Faso as well as 30 civilians, soldiers and pro-government militiamen days before that.

In Niger, armed men on Monday killed 37 civilians, including 14 children, in an attack on a village.

The violence comes as former colonial power France prepares to begin drawing down its forces in the Sahel from 5,000 to about 2,500-3,000.

The Sahel was thrown into chaos by the takeover in 2012 of northern Mali by militants linked to al Qaeda.

France intervened the following year to push them back. But they have regrouped and expanded their operations, and they now threaten coastal West African countries like Benin and Ivory Coast.