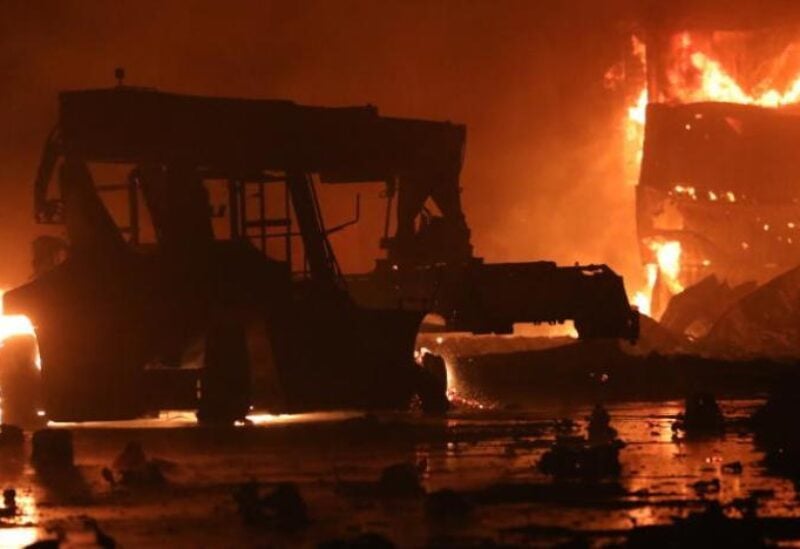 A massive fire swept through an inland container depot in southeastern Bangladesh, killing at least 38 people and injuring more than 100, officials said on Sunday.

The fire broke out at a container facility on Saturday night at Sitakunda, 40 km from the port city of Chittagong, triggering a huge blast and multiple container explosions subsequently at the site, officials said.

Firefighters were still scrambling to put out the fire on Sunday noon as chemical filled containers were still exploding, said fire service officials.

The explosion shook the neighborhood and shattered glasses of windows of nearby buildings, local residents said.

The death toll could rise as some of the injured are in critical condition, said Chittagong civil surgeon Mohammed Elias Hossain. The injured included firefighters and policemen, he said.

He said all doctors in the district were called in to help tackle the situation while social media was flooded with appeals for emergency blood donations.

At least five firefighters were among the dead, according to Brig. Gen. Main Uddin, director general of the Bangladesh fire service and civil defense. Another 15 firefighters were being treated for burns, he added.

Prime Minister Sheikh Hasina expressed her shock at the accident and ordered adequate arrangement for medical treatment of the injured.