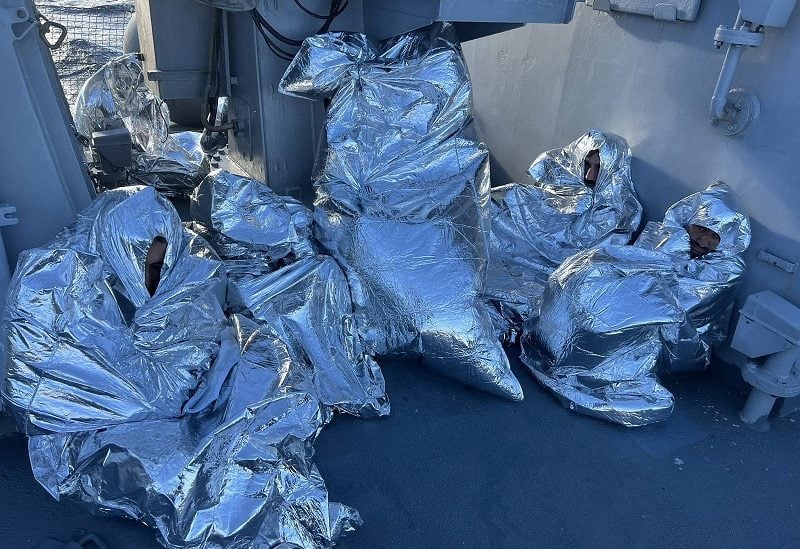 A group of migrants huddle, wrapped in emergency blankets, after being rescued from the water off the island of Evia, Greece, November 1, 2022. Hellenic Coast Guard/Handout via REUTERS ATTENTION EDITORS - THIS IMAGE HAS BEEN SUPPLIED BY A THIRD PARTY.

A boat reportedly carrying almost 70 migrants sank in the Aegean Sea, where dozens are missing, Greek authorities said on Tuesday.

A large search and rescue operation is currently underway as the teams have rescued nine people from the boat which went down between the islands of Andros and Evia, the coast guard said.

The survivors, who said there were 68 people on the boat, were collected from the Mandilou islet.

According to the coast guard, a distress call was sent to the European emergency number 112 by migrants after their boat sunk.

Rescue teams are facing extreme weather conditions with winds in the Aegean Sea blowing up to 9 Beaufort, hampering their mission to find survivors, it added.

According to the state-run ERT TV, the migrants on board were from Afghanistan, Egypt and Iran.