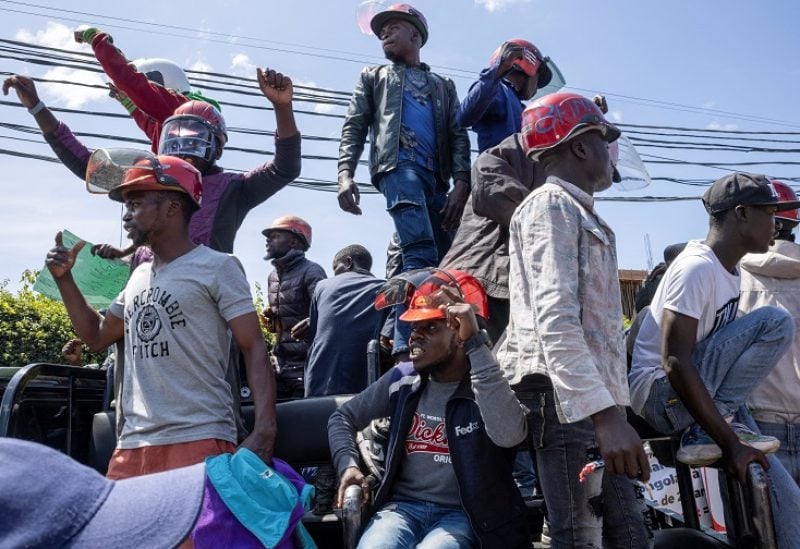 Members of the Congolese civil society protest against the Luanda agreement and call on the international community to demand Rwanda's withdrawal from North Kivu following renewed tensions around Goma in the North Kivu province of the Democratic Republic of Congo November 24, 2022. REUTERS/Arlette Bashizi

The Congolese army announced on Sunday, that at least 40 Burundian rebels have been killed in the east of the Democratic Republic of Congo in a joint operation with the Burundian military.

The two armies “carried out a high-intensity offensive operation” against Burundian rebels of the National Liberation Forces (FNL), Lieutenant Marc Elongo-Kyondwa said in a statement.

The statement said the armies “fiercely attacked the enemy and dislodged them from the four hills that dominate the town of Nabombi,” considered a command post of the FNL’s self-proclaimed general Aloys Nzabampema.
The Congolese army called on local people to cooperate with the regular forces and “young people to dissociate themselves from armed groups.”
The east of the country has been mired in a conflict since 1998 fueled by rebel militias and attacks by Army soldiers, despite the presence of the UN peacekeeping mission (MONUSCO), with more than 14,000 troops deployed.

The absence of stable livelihoods has pushed thousands of Congolese to take up arms and, according to the Kivu Security Tracker (KST), which monitors violence in eastern Congo, this region is now the battlefield of at least 122 rebel groups.

The FNL is considered the main Burundian rebel group present in the east of the Congo and operates in the province of South Kivu.

FNL is also a branch of Agathon Rwasa’s former rebel group, now the main political opposition in Burundi.
A separate cease-fire agreed upon with another dominant rebel group, M23, on Friday evening appeared to be holding for a second day running Sunday.
M23 rebels have seized swaths of territory close to the Ugandan border in recent weeks.
The group agreed to withdraw from “occupied zones” or the East African regional force would intervene.
However, local people reported no sign of a rebel pullout by midday Sunday.
M23 had been dormant for years but took up arms again late last year, accusing the government of failing to honor a disarmament deal.
Since August, Burundian soldiers charged with fighting armed groups have been officially present in Congo’s South Kivu region, as part of the Community of East African States (EAC) force.
An uptick in violence, particularly by M23 since March, prompted the EAC in June to create a new regional force.
The alliance, comprising the Kenyan and Ugandan armies alongside Congolese and South Sudanese soldiers, was approved in early September by Congo President Felix Tshisekedi.
Congo, which accuses Rwanda of actively supporting M23 rebels in North Kivu, has refused to allow Kigali to take part in the force.