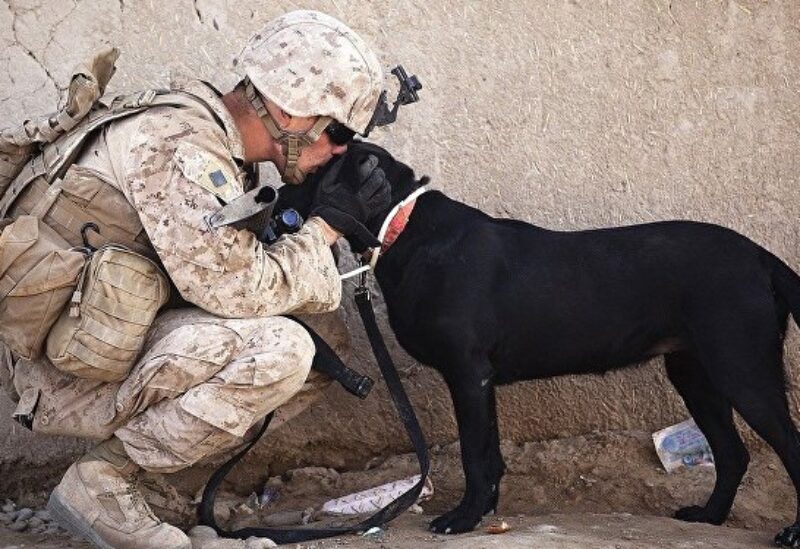 The British government earlier approved a charter flight to evacuate 200 animals from Kabul under the lead of Pen Farthing, a former Royal Marine, who left an expletive-ridden message for a UK defense secretary adviser as he sought to fly staff and animals out of Afghanistan.

The US military appears to have left service dogs behind during the chaotic withdrawal from Afghanistan, which was completed on Tuesday, ending America’s longest war.

The nonprofit organization Veteran Sheepdogs of America is now working to evacuate the canines.

Pictures of several dogs seen locked in cages, supposedly at the Kabul Airport, have emerged online.

The US military earlier reported that it managed to evacuate their service dogs in Afghanistan, but then was criticized for prioritizing dogs before Afghans who worked for the government and wanted to flee the country over fears of reprisals by the Taliban.

In 2007, US Marines kicked off a pilot program in Afghanistan, bringing nine bomb-sniffing dogs to the war-ravaged country. This number then grew to 350 and was expected to reach nearly 650 by the end of 2011.

Washington earlier confirmed the completion of the nearly 20-year US mission in Afghanistan hours before the 31 August deadline.

PHOTOS: Dozens of US Military dogs seemingly left behind in Afghanistan; the nonprofit Veteran Sheepdogs of America (@VetSheepdogsUS) are working to evacuate the animals.